The OAPeep show – Which senior celebrities are the most searched for naked? 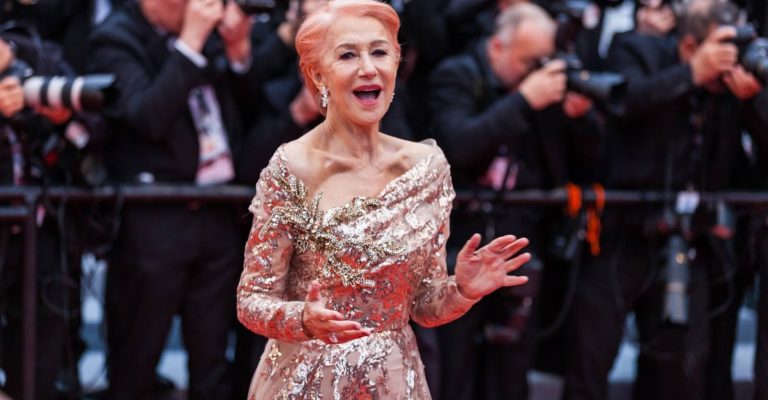 For most people, celebrities are often a first crush. Whether it was a poster on a bedroom wall or flipping through the covers of a raunchy magazines – celebrities have always had statuses as sex symbols, and it’s no different as they get older.

However, some are longer lasting than others and with the invention of the internet, it’s even easier to get x-rated content of your favourite celebrities.

We’ve conducted a study into the most searched for ‘senior’ celebrities naked, and the results may surprise you.

In terms of search volumes, Helen Mirren came out top as the number one celebrity over 60 searched for naked. Whilst the 75 year-old actress has labelled her ‘sex symbol’ status as “tacky” in the past, it’s clear this hasn’t put off thirsty fans from wanting to see more of the English icon.

Want to get some of the latest dating terms under your belt? Learn the newest dating slang today!

Helen Mirren’s appeal was famously commented on in a 1975 interview, labelled as a “sex queen” and attention drawn to her “sluttish eroticism” – the interview has since been labelled as sexist, but it’s clear she’s still one of our senior celebrities that can still get hearts racing.

Mirren beats close contenders and fellow superstars Madonna and Cher to the top spot, who are 62 and 74 respectively. Whilst Cher and Madonna have been known to own and exert their sexuality throughout their careers, Mirren is still clearly in the minds of thousands of fans.

Donald Trump is the MOST searched for male naked

When it comes to male celebrities, it seems that outgoing US President Donald Trump tickles the fancy of nearly 5000 people. Whilst an unlikely sex symbol, people clearly have an appetite to see the 45th President without his clothes on.

Searches for Donald either ‘naked’, ‘topless’ or ‘shirtless’ were more than five times as common then the second male celebrity over 60 in the ranking – music mogul Simon Cowell. Whilst Simon may be more of an expected sex symbol, it’s clear Mr. President has something people want more of.

The 74 year old recently went viral not for his political policies or even his tirade of tweets, but because of a rumoured ‘leaked’ picture showing a naked Trump in a spray tan booth. Whilst his fans called the photograph out as ‘fake news’, it’s clear that many were still interested to see if they could sneak a peek at Donald’s dongle.

Our senior celebs could make MILLIONS from an Onlyfans

The stigma around senior sex is over, as more and more over 60s turn to dating sites and dating apps to find that second chance at love – or something far less serious.

With 2020 having an adverse effect on the creative industries, some of our senior celebrities may have found it particularly tough financially. But could they turn a profit from cashing in on the clear demand for sexy content of them?

We looked at our top five ranking celebrities and their social media following, and collated this with their search volumes to see their potential earnings from an OnlyFans account.

Whilst Helen Mirren may be the most sought after naked senior celebrity, her lack of engaged social following means she would only earn around $368,697 from starting an Onlyfans account. Cher, on the other hand, who has an engaged following on Twitter and Instagram could make well over $1 million from posting content through Onlyfans.

It’s Donald Trump however that could make some serious money through this means. His huge following on social media means he could earn $7,8 million from treating fans to x-rated content. With him out of a job from January, maybe he’s found his next role?

Using a combination of search volume data, social media following and engagement levels alongside Onlyfans subscription data. We’ve calculated the top ten celebrities, aged 60 or over that generated were searched for alongside the terms ‘naked’, ‘topless’, ‘shirtless’ etc. and their potential Onlyfans earnings.

Here are the top services for senior dating for singles over 60, 70, and above: