What to Say When Your Date Comes Out as Transgender 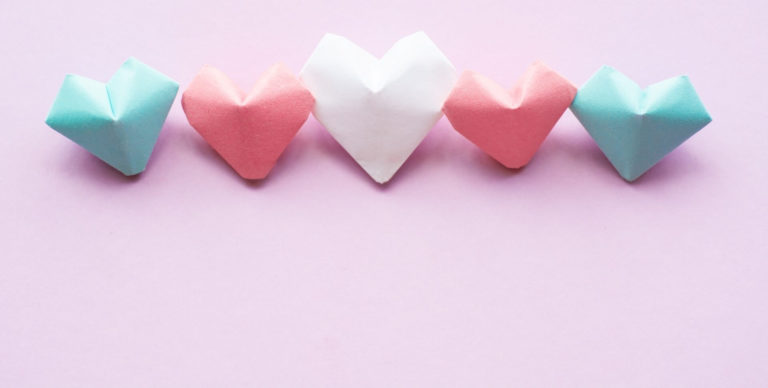 The beginning stages of getting to know someone that you’re interested in dating can be an eye-opening experience. Once you’re past the typical questions such as ‘what’s your favourite colour’ or ‘what music do you listen to’, more personal information generally comes next as you and your date get to know each other.

For trans women and men, this early stage of dating is nerve-wracking, especially if their date is cisgender. Even other people from within the LGBTQ community can be nervous, as there is a huge diversity of gender identity and sexual orientation within the community.

So, if you’re on a date with someone and they come out as trans or non-binary, how can you respond to this information? It’s understandable if their disclosure about their gender identity comes as a surprise to you, but every person deserves to be treated with respect and dignity.

Let’s take a look at what you should say and do when your date comes out to you.

How should you react?

When a trans person decides to share their authentic self by telling someone about their gender identity, they are putting their trust in that person to accept them for who they are.

Coming out about sexual orientation or gender identity is a scary experience, as it can be difficult to predict what the reaction of the other person might be.

It’s an extremely personal topic to talk about and puts the trans or non-binary person in a vulnerable position. Because of this, if your date or someone else you know comes out to you, your goal should be to help them feel as comfortable as possible around you.

Below, we share some steps that you can take when someone discloses their gender identity to you.

It’s often the small things you can do to show that you’re a good ally to them. Calling them by their new name consistently or telling them that you’re there for them no matter what will signalize them that they can fully rely on you.

With these steps in mind about how to act with someone that has decided to disclose their gender identity, let’s take a look at what you can say to show your support.

Want to know more about how to make your trans-cis relationship work? Then read this article of ours!

What you can say to a transgender date or friend

You support your date or friend if they disclose their gender identity to you, but what can you say? Unfortunately, there are a lot of microaggressions that trans people face on a daily basis, especially if they are currently in the process of transitioning.

We’ll give you some ideas of what you can say that will help your date or friend to feel supported.

Here are some phrases that you may be interested in using if someone discloses their gender identity to you:

This is just a small list of ideas of what you can say to someone that has come out to you, but the general expectation is to be respectful, not bring up their pre-transition self, and show your support. Feel free to come up with your own phrasing, as long as it steers clear of microaggressions.

What to NOT say to a transgender person

We’ve covered ideas about what you can say to a trans person that has come out to you, but what should you avoid saying? Here are some examples that are invalidating, transphobic, and are full of microaggressions:

As you can see, these examples are very personal and invalidating. You should never ask private questions about surgeries, body parts, their sex life, or what they were like pre-transition.

If you act surprised and comment that they look like a ‘real woman/man’, it invalidates their transition and shows that you are only aware of the stereotypes surrounding trans people.

When should a trans person disclose their gender identity?

There are some opinions in the trans community about when they should disclose their gender identity to a date. It seems there is a common recommendation to let the other person know either before or on the first date.

The reason that this is advocated for is telling a potential date early on can prevent a dangerous situation and weed out anyone that wouldn’t accept the trans person for who they are in the first place.

Unfortunately, violent attacks still happen to transgender people – especially womxn – around the time that they decide to disclose their identity to a date, or possibly family members.

Generally, most of the attacks tend to happen when a cisgender, non-accepting partner suddenly finds out about their partner’s gender identity once the relationship has already become more intimate. The level of shock tends to cause an overreaction which can become deadly.

However, it should always be up to them about when they feel comfortable telling others about their gender identity. It’s their own life and they should never feel pressured or forced to come out simply for the convenience of others.

It’s a very personal decision that may put a trans person at risk, so it is important that no one else ‘outs’ them to other people.

What is gender dysphoria?

Gender dysphoria is a common experience for transgender people. From the American Psychiatric Association, gender dysphoria is defined as; clinically significant distress or impairment related to a strong desire to be of another gender, which may include desire to change primary and/or secondary sex characteristics.

On the other hand, someone that identifies with a label such as genderqueer may feel dysphoria in different ways. Genderqueer people exist outside of the gender binary and can feel dysphoria differently than a trans woman or man might.

It can be distressing for a trans person if you use the wrong pronouns or refer to something about their body that they may be uncomfortable with, so it is always best to be respectful and ask for a person’s pronouns as well as asking permission to ask a question about that person.

How you can avoid microaggressions

The term ‘microaggressions‘ is as it sounds. From Oxford Languages, they are defined as; indirect, subtle, or unintentional discrimination against members of a marginalized group.

Basically, despite someone having good intentions behind questions or comments they may make about another person, it can still be offensive and cause harm.

Some examples that have been shared on the GLAAD website include, ‘you are so beautiful for a trans girl!’ and ‘are hormones going to change your voice, too?’.

Saying something like this is a backhanded compliment that shows you have a pre-determined view about what they should look like.

Just like any other person, trans folks deserve to show their authentic self and don’t need to fit into what someone believes they should look like based on stereotypes from the media or other sources.

Cisgender people have even been pushing the gender binary with fashion, compared to when it was considered shameful for a woman to wear pants less than a century ago. Fashion doesn’t dictate gender, and everyone should be able to wear whatever clothes they want to without being scrutinized or invalidated.