Trans & Non-Binary Dating: When to Disclose Your Gender Identity 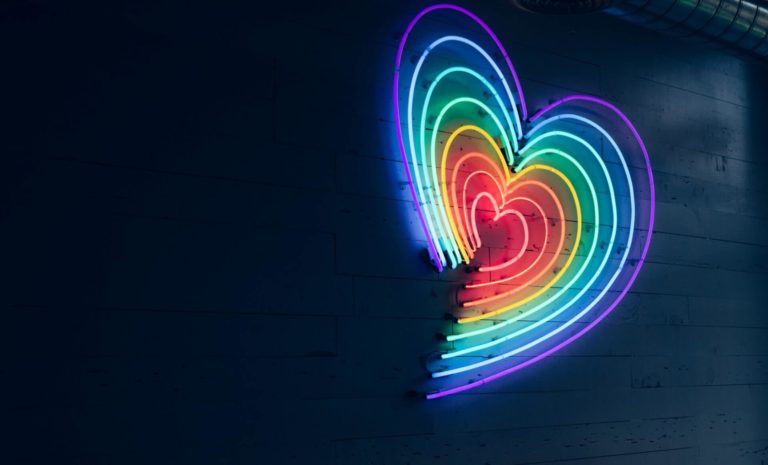 Online dating is an adventure all on its own, but it comes with an extra challenge for transgender and non-binary people who look for love. With profile pictures and short, catchy bios being the name of the game for dating apps, it’s difficult for non-cisgender people to accurately portray their whole self to potential dates.

Besides many features of popular dating apps such as Tinder being created in a cisgender and heteronormative lens that makes it difficult for gender non-conforming people to properly express themselves, there may also be added danger in such limited self-expression options.  What exactly is this danger? Non-binary and Transgender people — particularly femme-identifying individuals, trans women, and QTBIPOC — are unfortunately common targets of violent attacks.
In 2020 alone, at least 44 transgender and non-binary people were killed according to a report by the Human Rights Campaign. The majority of the victims were Black and Latinx transgender women.

Source: Statista, 2021 – Graph showing the number of murders of trans and gender-diverse people between 2008-2020

Should you disclose your gender identity in your dating profile?

Each person seems to have their own answer to this question, which is hotly debated among trans people and the non-binary community. However, there is one response that appears to be the most popular.

Whether or not you choose to disclose your gender identity in your profile is up to you and your comfort level, but many LGBTQ+ members people suggest advising a date sooner rather than later about your identity.

Whenever you do decide to tell your date about your gender identity, keep in mind that your own safety should be your top priority. You don’t need to disclose it if you don’t feel safe, and in that case you should leave the date as soon as it is safe enough to do so. It’s unadvised to continue a relationship that may put your life in danger.

It could also be that you want to date while remaining closeted. We have the best tips on how to make it work.

When should you tell your date about your identity?

It’s a good idea to tell your date about your gender identity as soon as possible to avoid being in a dangerous situation. Not only will telling your date as soon as possible weed out anyone that wouldn’t accept you as you are in the first place, but the most violent attacks often occur within more intimate moments.

If you are comfortable with doing so, telling someone near the end of a first date may be a good time to notify your date about your gender identity if you have not already disclosed it in your dating profile.

By choosing that timing, you will gain a better understanding of your date before disclosing your identity and also have a chance to cut off communication if your date doesn’t respond well.

Ultimately your safety is what matters most. If you do not feel comfortable disclosing your gender identity to anyone, you shouldn’t feel pressured to do so.

However, letting a potential partner know about your identity can prevent attacks and help you know whether or not that person is safe to spend your time with.

What problems do gender-diverse people face in online dating?

As already mentioned, the most significant problem facing trans and non-binary people is the risk of being assaulted or attacked when meeting up with a date.
Along with the possibility of the date being shocked and overreacting with violence when they learn of a person’s gender identity, there are continued hate crimes against transgender and nonbinary people.

Additional problems that affect trans and nonbinary people when they use dating sites includes limited app features and microaggressions by other users. Let’s take a look at both of these issues.

Dating apps such as Tinder and Bumble have some inclusive features, such as a customizable list of gender identities and different sexual orientation options, though there are some areas in which they can improve.

For example, many dating apps enlarge the user’s profile pictures to cover most of the screen and provide very little additional information until the user scrolls further down the profile.

The reason this is an issue is because it may cause other users to skip any important information that a trans or non-binary person decides to disclose directly on their profile.

Microaggressions are defined as indirect, subtle, or unintentional discrimination against members of a marginalized group. For LGBTQ+ people it is a common occurrence, and can even occur when chatting up a potential date.

Even if some comments or questions may be said with good intentions, it can have a deeply negative effect on one’s mental health and be considered as a “mild” form of transphobia; or even as plainly transphobic.

Comments such as “I would have never been able to tell you used to be a girl” can be distressing and trigger feelings of dysphoria. They are a real deal breaker for members of the LGBT community.

Remember that queer people do not exist simply to educate you, and that they deserve respect for their body without having to answer many questions about it.

Trans and non-binary people can face discrimination from many angles, such as microaggressions and limited dating app features; some being far more serious than others. For this reason, it’s imperative to talk about these problems in order for change to occur.

What dating apps have the best gender identity options?

Many dating apps have something that should be tailored to the LGBTQ2IA+ community, but what apps have the best selection of gender identity options?

These dating apps are the top three for gender identity options that we have found. Tinder and Bumble have almost the same feature, meanwhile OkCupid still restricts users to the current list available, but it does receive some points for having multiple terms included such as genderqueer and two spirit.

Dating someone with gender dysphoria

Living with gender dysphoria is a challenging experience. From the American Psychiatric Association, gender dysphoria is defined as: “clinically significant distress or impairment related to a strong desire to be of another gender, which may include desire to change primary and/or secondary sex characteristics.”

It can appear in a few different ways, including lack of self-esteem and being distressed about certain body parts.

Cisgender and straight guys and women may find it difficult to understand gender dysphoria, but the most important part of dating someone with dysphoria is to respect them and their privacy.

If you are interested in or are already dating a trans or non-binary person, it’s important to keep an open mind and not get caught up in stereotypes. Despite heteronormative people’s beliefs, trans and non-binary people valid and should be recognized as the gender that they identify with.

Another stereotype to avoid is thinking that non-cisgender people experience dysphoria all the time. This can negatively affect a relationship and cause problems with intimacy if the partner is constantly concerned about whether or not they feel dysphoric.

Most importantly, communicate respectfully with your partner and take the time to understand their perspective.

What if my date comes out as trans or non-binary?

Having this question is understandable, especially since many people are taught from a young age that only cisgender men and straight cis women exist.

Even though you may have this question, it’s the first step to having an open mind if this is coming from a genuine desire to educate yourself on trans identity and queerness.

So, what should you do?

Asking these types of questions about transitioning, physicality or their past straight away makes the trans or non-binary person feel like their only trait is not being cisgender. There is much more to every person on the planet than a single trait, and people within the LGBTQIA+ community are no different.