The Best Affair Movies Of All Times in 2023 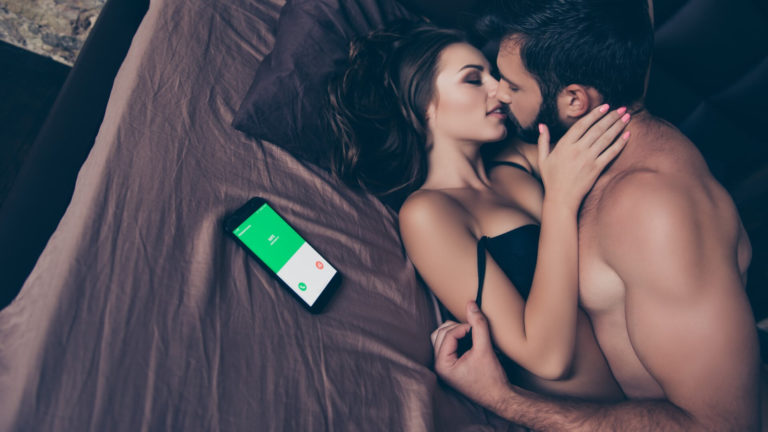 While affair apps and online dating make cheating as easy as it gets nowadays, proving it hasn’t lost its appeal, infidelity certainly isn’t for everyone.

However, that doesn’t mean we don’t like to watch husbands in a midlife crisis precipitate into romantic ruin or a cheating wife getting it on with an attractive stranger she just can’t get her eyes and hands off of.

Sometimes we just want to see people on Netflix series or in films cheat on their beloved partner and destroy their relationships while casually snacking popcorn on our couch. A good love triangle, gripping betrayal and a fair pinch of eroticism is all we need to be entertained.

Whether you envy the characters for their freedom or you just like to get your fantasy rolling about what secret sex and forbidden dates would be like, that doesn’t matter.

You could also be aiming for a completely different genre and you’re in the mood to laugh about a cheater running into disaster or to cry about an unfaithful mistake instead.

Whatever the reason may be why you clicked on this article, find your favorite pick on Datingroo’s best affair movies list.

Her husband Edward finds his world turned upside down when he unravels the truth about his cheating wife’s infidelity.

Hollywood’s top actors, Diane Lane and Richard Gere, starring as the married couple confronted by the consequences of adultery, manage to portray a very raw yet awesomely shocking depiction of a marriage falling to pieces.

It’s only legitimate to list Unfaithful as one of the best cheating wife movies on top of our ranking of films about cheating.

Most affair movies romanticise or judge infidelity. The Loft gives you the possibility to see cheaters crumble and fall. In this thriller, five successful men share a loft for extramarital affairs.

So far so good, until one day when they find a murdered woman in their penthouse. Who the killer is remains unknown but they begin to suspect each other and fear mixed with a good hunch of paranoia gets a grip on them.

While the film might not have oscar-winning potential, it doesn’t lack some of the best plot twists and jaw-dropping reveals in affair movie history. It’s full of intrigue and cautionary morals.

It’s a movie that’s provocative, dark and a tad problematic here and there. Ultimately, though, we think that The Loft is a cheating movie to remember.

While Brokeback Mountain is certainly one of the most popular LGBT films out there, the owner of the 2006 Academy Award for Best Adapted Screenplay should definitely also be named on our best affair movies ranking list.

Two shepherds grown up in the Wild West where heteronormativity and a strict ideal of masculinity are upheld and worshipped fall in love and start an intimate and emotional relationship.

Their secret affair, though, is doomed from the start and tragedy takes its course when both of them get married to their girlfriends. Eventually, they find themselves in the fists of morality and guilt of being cheaters.

But even over the time of 20 years passing, they discover that their love never withers.

For the sake of the breathtaking scenery of the Rocky Mountains, for the to-die-for score and the on-point torturing slow-burn romance between Jake Gyllenhaal and Heath Ledger’s characters, you should do yourself a favor and watch this treasure of homosexual love affair films.

The Other Woman is the cheating movie for the online dating generation. A typical chick-flick in which three very different women are betrayed by one guy. Eventually they bond through his infidelity and take revenge.

The film features a top cast with Cameron Diaz as the New York lawyer, Leslie Mann as the devoted wife and Kate Upton as the young, model-like newest flame of the unfaithful man.

While it may not be the deepest story, The Other Woman is a great movie of choice for a fun movie night with friends, especially for a woman betrayed who seeks justice, even if it’s just on the screen. And apart from the typical rom-com humor, extramarital affairs are being spotlighted from different points of view.

With the help of psychological manipulation on her, director Adrian Lyne and actor Paul Rourke wanted to create the apparent mix of real sexual tension and terror.

Basinger plays a gallery assistant who becomes romantically and erotically addicted and obedient to a Wall Street trader. What starts as a discovery of kinks and sexual fantasies develops into dependence.

What’s still so mesmerizing about 9 1/2 weeks as one of the best sexual affair movies ever made is that it follows real life events of the author.

Some find excitement in the dynamics of sexual power play between the protagonists, other viewers will find it rather emotionally disturbing, but ultimately, 9 ½ weeks is definitely worth a watch if you’re seeking a good and different affair film.

We can already see some eyes rolling about this infamous title here. But no matter the polarizing opinions on the book and the movie, Anastasia and Christian simply belong on the list of affair movies.

While playing on the good old ‘rich, powerful white man with a traumatic childhood meets young, naive women who is able to break his spell’ trope, the movie version features sensual sequences and soft sadistic and kinky plays.

However, we can recommend starting to watch 50 Shades of Grey on a date. If you’ve seen the first movie, you both will probably want to see the remaining two parts as well. Hence, three dates are guaranteed.

For the literate and the art lovers: The Great Gatsby (2013)

The 2013 adaptation of F. Scott Fitzgerald’s classic has everything: romance, drama, tragedy and a bombastic visualization of the Roaring 20s by industry ace Baz Luhrmann.

The Great Gatsby is a must-watch film about the American dream and a fatal love affair, not only for those who love colorful and glowing screenplays or for fans of the novel.

In between the duality of prohibition & excess, wealth & poverty, a young writer and bond business newbie, Nick Carraway moves in next to the mysterious Jay Gatsby.

Somewhere along the luxurious over-the-top parties of his new neighbor, Nick learns that Gatsby’s been infatuated with his very own cousin Daisy in the past.

Apparently, he’s planned up his whole life to be enough for her, who’s been married to an old money descendant for years by the time of their reunion.

Old feelings flare and Daisy and Gatsby start a secret love affair that’s doomed to end badly and leave their lives in shatters.

Now that you know about the most famous motion pictures about people having affairs or others cheating on their partner, you might ask yourself how & why people even enter the spiral of infidelity.

On Datingroo we found out how long affairs last and how to start seeing someone even when you’re married or in a relationship. Browse through our site and find all the answers you need.