What to Know About Dating a Married Woman 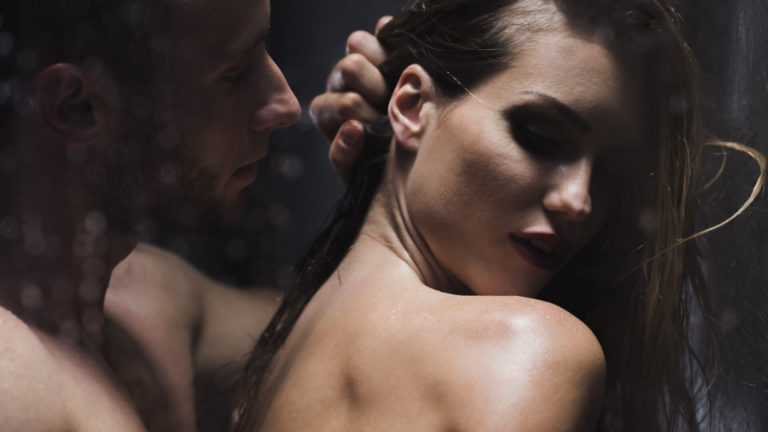 Have you ever found yourself attracted to someone who technically wasn’t available? Perhaps she was in a relationship already, or, even more serious, she’s already married. Let’s say you hit it off at a party or without even realizing it was going to happen, and things just sort of escalated.

Let’s take it further and say that you now find yourself dating a married woman. Sound familiar? It’s common enough, and a lot of guys find themselves in what might be a precarious situation because of their relationship in an affair or searching for it on married dating sites.

If you find yourself in a situation where you are dating a married woman and are looking for some advice on what to expect, rules to keep in mind, and what your endgame might be, then you’ve come to the right place. If the target is the opposite gender then read “What to Know About Dating a Married Man“

We aren’t here to judge you. We know that relationships can be sparked from any number of situations. The truth is that intimacy can happen without us realizing it or feeling as if we have any control over it, never mind what their relationship status is.

That said, it’s not the type of relationship we want to push you toward. However, we are not here to judge you or your decisions, much less the decision-making of the married woman you’ve started seeing.

There are several reasons why you might want to date a married woman, or why you are suddenly finding yourself in the situation that you find yourself in now. Maybe some of these apply to you, or perhaps your situation is unique.

Either way, here are some of the reasons why you might have started dating a married woman:

These are just a few reasons. The point here is that there are a lot of reasons guys might find themselves in the sort of situation you are in now, and that you aren’t alone.

Let’s get past the obvious and assume that she finds you attractive from the get-go. In most instances, that one is a no-brainer. But let’s take a moment and consider some of the reasons why a married woman might be looking to cheat on her husband with another guy.

Having an approximate idea of why she’s dating you and what she is realistically hoping to get out of a relationship with you is important for you both. Clearly defining the nature of your relationship is healthy in any kind of dating situation, and perhaps more so when dating a married woman.

You’re looking for a sugar momma specifically? Then look no further and check out our article on sugar relationships here!

Your expectations for dating a married woman

If we’re being honest with you, the primary nature of your relationship with this woman is going to be sexual. The sex is what will keep the two of you seeing each other in secret and will be core to the dating relationship you two share. Sure, there will be emotional moments you two share, but that’s it.

You should be thinking in terms of the relationship as something short-term and casual. Most relationships that develop out of an affair into a partner remarrying are most often unsuccessful, according to divorce specialist Mark Banschick M.D.

Regardless of why the first marriage ends in divorce, Banschick writes that “Past statistics have shown that in the U.S. 50% percent of first marriages, 67% of second, and 73% of third marriages end in divorce.”. (Source: https://www.psychologytoday.com/intl/blog/the-intelligent-divorce/201202/the-high-failure-rate-second-and-third-marriages)

There aren’t a lot of stats for married women who remarry their paramours, but what stats do exist are generally negative. For example, if we assume that there are similarities in the rate of successful relationships between men and women who cheat, we see some pretty low figures.

This is essentially what Dr. Jan Halper finds in her book “Quiet Desperation: The Truth About Successful Men”. Specifically, she found that only three percent of men who engaged in extramarital affairs married their mistresses. The odds don’t look good for women either.

It makes sense when the nature of the first divorce hinges on cheating. Whatever it is that she sees in you as reason for leaving her husband in the first place isn’t forever going to keep you two together. In fact, it’s always a possibility that she will cheat on you if you two do get married.

This is to say that trust is an issue. You can be attracted to her all you want, but you shouldn’t expect a relationship that you can count on in the far-future. Of course, every situation is unique, but as a rule of them keep your expectations reigned in for the short-term and left to only casual sex.

Rules you need to live by

These might be obvious, but it would be remiss of us not to mention some of the things you should remember when dating a married woman. Some of these rules may need to be tweaked for you depending on how well you knew her before the relationship, so treat these as rule of thumb:

As stated, this is going to be a casual relationship. In fact, it would be in your best interest if you made it clear to her that you aren’t going to be exclusive with her. This will help prevent her from growing attached to you and will make it easier when it comes time for the both of you to move on.

There isn’t much more to add to this, although we understand that human nature can be finicky. Sometimes love can be found in ways we never expected, and relationships can beat the odds. Afterall, nothing is certain.

But remember, this is a relationship that has cheating at its core. Even if she goes all the way and divorces her husband to be with you, trust is an issue that will be at the back of your mind and hers. Be smart and stick to a casual relationship with a married woman.

Know when to end it

Be on the watch for any kind of signs that might indicate she is starting to develop feelings for you which are more emotional than what you would expect out of a casual relationship. This could be her buying you gifts, just wanting to spend time together, and trying to be in constant contact.

As soon as you start to notice these things or other crop up, take the initiative and nip it in the bud. Breaking it off with her can always have the risk of being messy, but if you were clear early in the relationship about your intentions and expectations, then it shouldn’t be a surprise.

If you really want, you can always keep it open as a possible friends-with-benefits situation. However, it’s probably the smarter move to cut off all ties entirely.

You aren’t the first person to have a dating relationship with a married woman, and you aren’t going to be the last. Knowing what to expect out of your relationship with her is important and will make sure to keep it as healthy as an affair can be.

This means knowing why you and her are seeing each other, what you two can both expect out of the relationship, and by being smart. Adhere to the rules we’ve outlined and make sure that you both are on the same page about what you two are doing. And remember, keep it discreet.

In the end, though, the smartest thing you can do is to keep this relationship a casual one that is short-term. It’s healthier for you both to do so and moving on will give you a better start for your future relationships and her existing one.