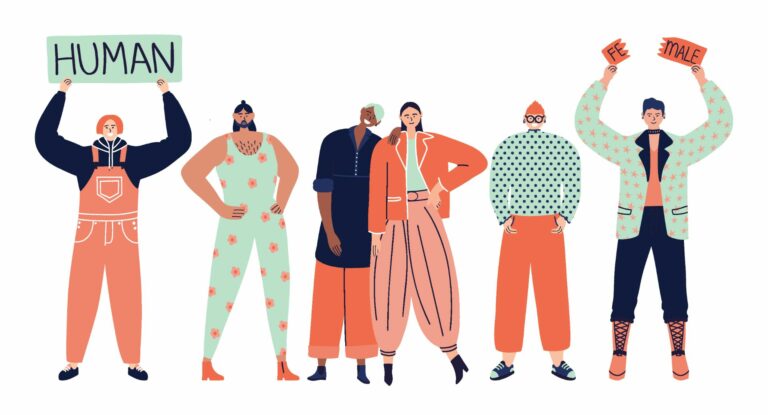 Whether you’re a cisgender woman or one of many cis men who have always wanted to try dating a transgender woman, your first time trying online dating with a trans woman can feel daunting. Fortunately for you, with the right approach, it can be a great experience.

Dating a transgender woman is just like going on any other date. Treat them as you would someone special to you or as someone you would like to get to know.

What you should know when first dating a transgender woman

Why “Shemale” is a common term in online trans dating

Many men are introduced to the idea of casual sex with a trans person through pornography, and so adopt the lingo as they approach dating a transgender woman. It leads to awkward situations and expectations that aren’t realistic.

“Shemales” as such don’t exist outside of pornography, and this is largely because of what a shemale actually is. They are sexual objects created to fulfill the fantasy of people looking to enjoy a niche fetish or kink. There’s nothing real about these portrayals.

Better yet, simply use their name.

Microaggressions are indirect, subtle, or unintentional instances of discrimination against members of a marginalized group, in this case trans persons.

They may seem like banal actions or things you say that you’d take for granted normally. However, a person’s own trauma or struggles can result in microaggressions bringing up painful or difficult feelings.

Microaggressions include deadnaming someone, which is when you use a prior name they had before transitioning, or refusing to acknowledge their pronouns of choice. It can also be backhanded compliments like “you look pretty for someone trans” or “maybe try shaving a bit better”.

Treat people with the respect and dignity that they deserve. Ask them what they would like to be called, don’t walk on eggshells around them, and be courteous to them. Treat them like any other date.

How to make dating a transgender woman a success

If you are looking for the best experience dating a transgender woman, you really need to focus on treating them first and foremost as a real person. Respect their boundaries and preferences, and make an effort to show them a nice time.

Depending on the dating site you use, or however you meet her, make sure she understands why you are interested in her. Focus on her as a person rather than something base or degrading.

Don’t be shy about taking your date out either, whether it is for dinner and drinks, or even to the club. You can also go for walks in the park, see a movie, all the usual dating things you would do with someone who isn’t trans.

Really, if you want dating a transgender woman to be successful, treat them as a person you’re actually interested in being with. That alone will go a long way for you.

Where to go after your first time dating a transgender woman?

Assuming your first time dating a transgender woman goes well, you might be asking yourself when to text and, if you thought it went really well, when you can be intimate. Of course, you don’t want to rush anything with your date, but you don’t want to come off as uninterested.

When it comes to texting transsexual women or men, the general rules apply for any other date. If you both thought it went well, there’s no reason you can’t send a message the next day saying how much you enjoyed the date and how you would like to meet again.

Intimacy is a different matter though, and the old rule of thumb was at least three dates. However, this is something that truly depends on your comfort and hers. Be open about your interest and start a conversation about how and when you two could enjoy sex.

Respect her decision if she wants to wait. If you two are really a compatible match, it will happen in due time.

Dating a transgender woman for the first time FAQ

We have answered some of the most frequently asked questions about dating a transgender woman for the first time for you here:

Am I gay if I decide to try dating a transgender woman?

No, unless you want to consider yourself gay. If your date is identifying as a woman and you want to make an effort to be with her, then there’s no reason to identify yourself as a gay man if you want to try and validate her identity as a woman.

If you do feel as if you are gay for being with a trans woman, then there’s nothing wrong with that either. Embrace who you are, whatever makes you most comfortable.

How can I introduce my friends and family to my trans date?

Talk it over with your trans date first and make sure they are comfortable with meeting your family and friends. If they are, speak to them and ask if they would like to get to know her. As long as everyone is willing to try, there’s no reason not to introduce them.

Of course, if you get the impression that it wouldn’t go well or could be stressful, then hold off on introductions until you can assure that it will go well. Make your date’s mental and emotional health a priority here if you are serious about the relationship.

There is no rush or reason to force an encounter when you have all the time in the world. Simply communicate this to all parties involved.

Is there a difference between cross-dressers and trans people?

Yes. “Cross-dressing” is more of an action or behavior and does not say anything about the person’s motives for why they are doing that. Someone who isn’t trans could cross-dress, for example. They might not see themselves as a woman, and may just enjoy the clothing.

In short, just because someone cross-dresses does not mean they are transgender.