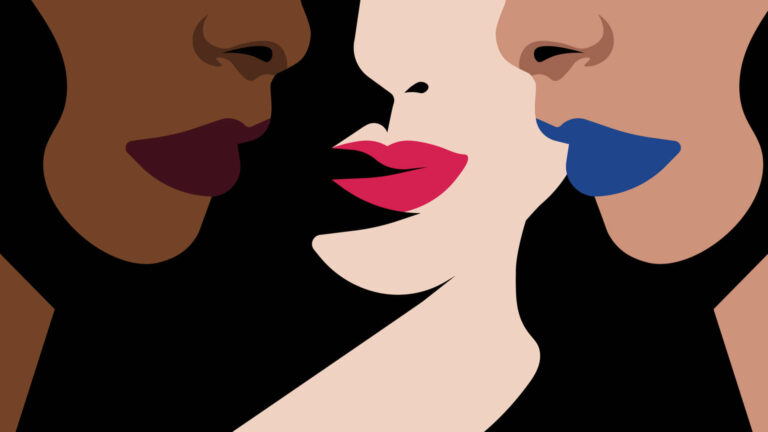 Everyone has their own preferences for partners and a sexual orientation that they identify the most with. It would be quite a boring world if every single person on the planet was exactly the same, which is why it’s important to recognize and celebrate everyone’s individuality.

It’s alright to have certain preferences, however there are some things that should be reconsidered and examined more closely. One thing that should be discussed more is transamory and the possible harm that it could cause to both transgender women and men.

What’s the problem with it?

People that call themselves transamorous say they love trans people for who they are, both mentally and physically. However, there are several issues that come up when a narrower lens is applied to the transamory term.

One of the most immediate things to notice when reading about personal accounts from people that claim to be transamorous, is that it’s usually a cisgender man talking about his attraction and possible relationship with a trans woman.

There is little to no mention of other gender identities and sexualities being involved under this term, which makes transamory seem to be a fetish despite people trying to insist it isn’t.

Trans men are rarely mentioned in relation to transamory, which may seem strange based on the claim that the term is used by people that are attracted to transgender people. Despite this, nearly all the articles and personal stories able to be found on Google are directly mentioning trans women.

An issue regarding trans women and transamorous men is that trans women may be fetishized for the body parts that they have from birth. With trans pornography, there are a lot of harmful examples of the fetish surrounding trans women that have male sex organs.

Thus, there is the question if transamorous men are specifically looking for a trans woman that has not had lower surgery.

Of course, it’s important to remember that not everyone in the transgender community needs or wants to have surgery, but there are concerns related to dysphoria and fetishes when it comes to cisgender people being specifically attracted to trans people.

The third problem with transamory is other gender identities and sexual orientations are not often mentioned. Transamory usually involves a cisgender man being attracted to a trans woman, with no mention of trans men, cisgender women, or other people that may be interested in a trans person.

The fact that transamory appears to be heavily focused on that one dynamic makes it seem like more of a fetish, rather than a preference. Also, trans people should be respected as being a true man or woman.

Curious about how you can treat your transgender date the right way your first time out? Read up on how to make your first date a real success!

Trans people shouldn’t be forced into a separate sexual orientation, because they are the gender that they identify with. If a transgender man is interested in dating other men, then they should be able to call themselves gay if they wish to.

Are there dating services that support or encourage fetishists?

Some dating apps that we recommend to be careful with if you don’t want to be with people who are looking specifically for trans-cis relationships, are Translr or MyTranssexualDate.
They advertise themselves as being the #1 transgender dating app, but there appears to be many cisgender men that have signed up to the app to live out there fetish.

If you have no problem with that or if you’re even interested in such a kind of date, of course, we’re not here to judge you and you will feel welcome on these sites.

The people in the reviews also use harmful and transphobic terms such as “tranny” and “shemale“, which shows that many people using the app are fetishizing the trans community.

Why are cis men attracted to trans people?

It’s impossible to get directly into the mind of every person, but there may be one main reason why that cisgender men may be attracted to trans people.

As previously mentioned, there’s a possibility that some cisgender men may be specifically attracted to trans people that still have their sexual characteristics from birth.

Based partly on the harmful images in transgender pornography, these men may be interested in being with a trans woman that has not had lower surgery.

Every trans person deserves to do what they want with their body and shouldn’t be expected to undergo surgery, but it can also be harmful to purposely be with a trans person for body parts that generally are the opposite of how they identify.

If a trans person is interested in having surgery in the future as part of their transitioning journey, certain body parts can cause dysphoria, so it should always be up to the trans person on what they are comfortable with.

How to be an ally by avoiding microaggressions and fetishizing

If you’re wondering how you can be an ally to trans people, one of the easiest things you can do is avoid using microaggressions.

To refresh, the definition for microaggressions as defined by Oxford Languages is “indirect, subtle, or unintentional discrimination against members of a marginalized group.”

To avoid microaggressions, here are some things you can do:

Basically, just be respectful, try to educate yourself about trans people as much as possible, and avoid using words or phrases that could be seen as harmful. If you’re not sure, it’s always better to ask.

It’s also important to remember that trans people deserve to be treated the same as other people and don’t exist just for other people’s fetishes. Trans people do want to be loved and possibly find a partner, but they are more than just their body.

If you’re looking to date a trans person, you should be looking at them as their whole person and not just their body parts.

Personal thoughts from the author

Hi, my name is Felix and I’m a trans man that wrote this article. I wanted to add my personal thoughts, as the topic of transamory is saturated with cis men with little information from a trans person’s point of view.

Personally, I don’t feel comfortable with transamorous people because it feels to be more of a fetish, rather than wishing to date a trans person no matter what their sex characteristics may be. As mentioned earlier, transamory appears to focus on the dynamic between a cis man and a trans woman, which makes me feel that they are looking for their own pornographic fantasy that still uses harmful words and imagery.

I believe that every trans person has a right to identify with the sexual orientation that most makes sense for them based on their gender identity, such as a trans woman that likes women deserves to be considered a lesbian if that is the label she would like.

Trans people shouldn’t be forced into our own separate sexuality as it creates an “other” category and makes us feel that we are less than cisgender people. Trans women are women, trans men are men, and non-binary as well as other people deserve to be treated equally to everyone else.