Divorce Rate in America and the Reasons Marriages Fail, Updated 2023 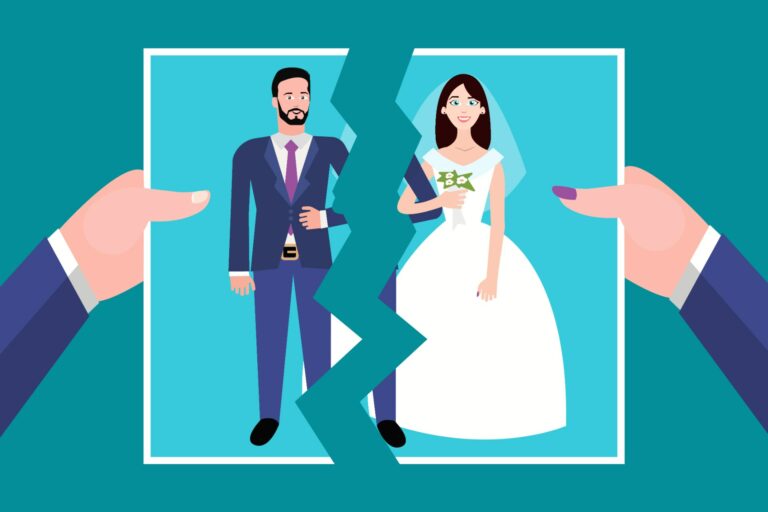 Not all marriages last. While there are fewer divorces overall in the USA, the divorce rate in America shows that a significant number of relationships still end well before “until death do us part”.

In this study, we cover information about the divorce rate in America and marriages. By looking at what the divorce rate is, major causes for divorce, as well as statistics related to marriages and separations, you can gain insights into the impact of divorce on American society.

What is the average age of marriage in America?

According to the CDC, the average age for marriage in America is 27 years old for women and 29 for men. Ages naturally vary from each state, but the trend is between 25-30. Women tend to marry at a younger age than men.

Here are some key facts about marriage in the United States in 2021:

What is the US divorce rate?

The Center for Disease Control (CDC) lists the current divorce rate in America is approximately 2.7 per 1,000 people as of the end of 2021. This means that there are around 750,000 divorces per year in America.

What is the major cause of divorce in America?

Shelby S. Scott states in his article “Reasons for Divorce and Recollections of Premarital Intervention” that the major cause of divorce in the US is infidelity. The article was published for the US National Institutes of Health in the journal National Library of Medicine.

Other common contributors include:

Infidelity is usually the “final straw” that pushes most couples to separate. It’s worth noting that most participants in this research project stated that they blamed their partner for the divorce.

The average divorce rate in America broken down

The divorce rate in America can be broken down by factors such as age, ethnicity, or whether the couple has children. These all play a significant role in the likelihood of divorce.

Below you can find demographic statistics relating to divorce rates in America.

The average divorce rate in America by age

Age plays a major role in divorce rates, with rates being higher amongst younger people and lower for older people:

The reasons for divorce being less likely the older you get include higher levels of trust, children, and shared mutual interests. The biggest divorce rate drop occurs at 65+ with another significant decrease happening for those who are 55+.

The average marriage and divorce rate in America by ethnicity

Research also found the following for intermarriages, which is marrying a person of a different race or ethnicity:

How does race impact marriage and divorce?

Despite these numbers, there are some key points to remember about ethnicity and the divorce rate in America:

The average divorce rate in America for interracial marriages

The National Council on Family Relations (NCFR) explored divorce rates between interracial couples in the United States using data from the 2002 National Survey of Family Growth. The study analyzed 6,000 men and women between the ages of 15-44.

Interracial marriage pairings were compared to statistics for a white man and a white woman unless otherwise stated. The study found that:

Having children does not always reduce the likelihood of divorce. If you have a child before marriage, you are 24% more at risk of getting a divorce. Based on data from the U.S. Census Bureau, having twins or triplets also increases the risk of divorce by up to 17%.

The divorce rate for bereaved couples is up to seven times higher according to the most recent statistics from The Compassionate Friends society, a bereavement support advocacy group. Their survey includes small-scale observations and meta-studies from therapists and counselors across the United States.

With the legalization of same-sex marriage at the federal level occurring in 2015, there is less divorce data available for same-sex couples than for straight couples. Same-sex historical divorce data is not as available.

Nevertheless, there are emerging marriage trends that LGBTQ+ groups, such as the Williams Institute, have observed:

Currently, available data suggests that divorce rates for same-sex couples are in line with national averages.

What is the divorce rate in the US military?

Contributing factors to military divorce rates include infidelity, stress related to having a spouse on deployment or having to move homes frequently, and instability in the family.

Check out our latest recommendations for the top hookup apps and casual dating sites and sign up today for free:

Here are our top online dating services for finding a long-term relationship. Sign up for free today!

FAQs about the divorce rate in America

What is the #1 cause of divorce?

Adultery is the most common reason cited for the divorce rate in America. Adultery is when a spouse has a sexual relationship outside the marriage. Commitment and exclusivity are core aspects of traditional marriage expectations, and infidelity is the main cause for couples seeking a divorce.

Which country has the highest divorce rate?

According to the UN, the country with the highest divorce rate in the world is the Maldives with 10.97 divorces per 1,000 inhabitants per year.

Who is more likely to commit adultery in a marriage?

Men are more likely than women to cheat: 20% of men and 13% of women reported that they’ve had sex with someone other than their spouse while married, according to data from the recent General Social Survey (GSS).

It’s true too that many second marriages after divorcing have a higher chance of ending in divorce as well. Dating after a divorce can still work so you find your perfect partner. Anything is possible and dating after divorce is common.

Final thoughts about the divorce rate in America

Divorce is a complex subject for many people, and how we approach problems in marriage has drastically changed over time. Whether it is because your partner has cheated on you or because you want to get out of a bad relationship, divorce is sometimes the best solution.

While the divorce rate in America paints a nuanced picture of modern American marriage, the takeaway is that divorce rates are decreasing. Divorces, while rarely a happy occasion, give opportunities to both individuals that can lead to a better relationship and more happiness.