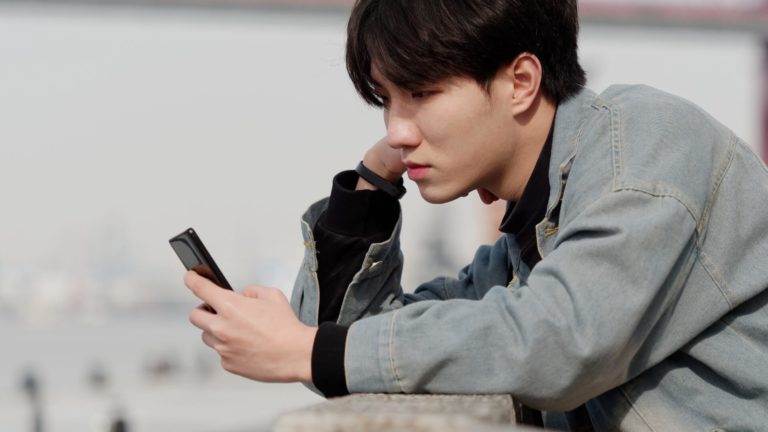 Have you ever wondered who might be having the most difficulty with online dating? It turns out that Asian men have run into more online dating issues than any other demographic when it comes to dating on platforms like Tinder or OKCupid.

However, why might this be the case? Where did this sort of difference originate from? Is there anything people can do to improve the situation?

In this article, we will be exploring the reality that Asian men face with online dating, exploring the emasculating stereotypes they face on a daily basis. We will look at the roots of these stereotypes, how they are perpetuated online, and the effect that has had on real people.

We will be discovering the difference of two contradicting concepts of masculinity and eventually, we’ll see why the Western idea of masculinity might be much more fragile than many people think. In case you are curious and want to know which are the best Asian dating sites on the market. Check out our ranking table!

Emasculating stereotypes: Where they come from & the impact leftover

First of all, what are stereotypes?

Stereotypes are harmful beliefs that plague all groups of people, negatively influencing the opinions of others toward them and other individuals like them. At its most base, it is a means for grouping people into categories of “Us” and “them”, resulting in a hierarchy that puts the recipient below.

Stereotyping can be done in seemingly innocuous ways, ranging from presumptions of a person’s skills or habits to transforming that person into a social pariah and justifying it based on the beliefs in these stereotypes.

Even innocent and minor stereotypes, those that might be uttered with a seemingly positive intention in mind, have damaging effects on people. They often originate from internalized racism.

For Asian men, these have developed from a history of depicting Asian men via television, film, and even war propaganda as disadvantaged when compared to other men from other racial or cultural demographics.

There are several stereotypes which stand out when considering the negative depiction and, in turn, view of Asian men, but none are as impactful to Asian men when they are engaging with online dating as is the stereotype of the emasculated Asian male.

Our writer Felix has unraveled that queer Asian men and women also face racial discrimination from within the LGBTQ+ community. Read on to know how to recognize and debunk it!

Whether it is a portrayal as being physically weak or emotionally erratic, Asian men have historically been emasculated in film and TV.

While the blockbuster heros in movies and TV are often prtrayed as white musclemen, brimming with boldness, a macho attitude and testosterone, Asian men often pose as the awkward sidekick or even the vilian.

Asian men have often been portrayed as small and fragile to serve as a counterpart to the over-masculine Western protagonist — a picture that’s been converted into the online dating world of today.

While there might be some truth to the fact that some South-East Asian parents focus on education and ambition when it comes to raising their kids, it is obviously wrong to say that all Asians are mathletics.

As model minority members of the cultural community are labeled as career-oriented academics who don’t inherit any social competence.

Taken further, they are also vilified as being too smart, too focused on academics, and even so one-dimensional in their studying that they are utterly lacking in personal skills. In turn, because they are so focused on intelligence, they are physically weak and emotionally fragile.

What you need to know when dating an Asian girl

This has been a representation of Asian men in films that have dehumanized them into a range of simple stereotypes, such as the bucktoothed Mr. Yunioshi and his “Engrish” accent in the 1961 Audrey Hepburn movie “Breakfast at Tiffany’s” which was intended to mock Asian men.

Other depictions include the 1984 film “Sixteen Candles” character Long Duk Dong, who demonstrated many stereotypes in the film that persist today, including his being socially awkward and difficult to understand while also being lecherous but a sexually inept loser.

These depictions of Asian men as being less masculine than their non-Asian counterparts has seeped into the subconscious beliefs of many non-Asian, and even Asian, people.

Ultimately, these stereotypes have developed into a blanket understanding of East Asian men as less sexually attractive compared to other men. This results in Asian men being overlooked and frequently consciously avoided on dating apps and websites.

For them, it’s the other way around. While men often feel they’re being deprived of their sexual attractivity, females often find themselves being the object of a fetish fantasy based on their race.

The idea that they look particularly cute, exotic or feminine leads to an oversexualization, which understandably makes them uncomfortable.

In this article we tell you how to navigate safely on dating apps as an Asian woman.

How do these stereotypes look on dating apps?

Unlike women, who are so sought after in online dating that there are entire dating markets devoted to connecting men with women of Asian descent, men can barely scratch the surface of online dating. Often ignored or bluntly shown a lack of interest, it is a real issue for them.

While racism against the Asian community is recognized in the fields of education and the workplace, racist mindsets in the world of dating hide behind the veil of “personal preferences”, “Turn-on / Turn-offs” and “not my type”.

Mainstream media, such as films like “Magic Mike” and titles like “Sexiest men alive” are telling us what women supposedly want: A confident, strong man who’s tall, tanned and toned.

In contrast to that, the general depictions of Asian men are studded with pictures of young men who rather like to study than to hit the gym; who are reserved and sensitive, and rather quiet, maybe even introverted.

In short, everything that’s not necessarily considered “masculine” from a Western point of view.

In many East-Asian countries masculinity means something vastly different.

For example in South Korea, where values of collectivism, marriage and harmony are being held up high.

Being humble and prudent is much more significant than individualism and the urge to prove oneself.

To make an effort for a woman, to care for her is not a sign of weakness but an indicator of maturity and resposibility.

Charme plays a bigger role and the couple culture, including matching outfits and public signs of affection is often much more accepted than in our hemisphere.

Curios to know what dating sites Asians use? Check out this article!

When it comes to beauty and fashion, the borders between masculine and feminine often become blurred while it is often strictly separated in Western countries.

Neat looks are not only for women. Soft facial features, clear skin and a fit body are ideals many East-Asian people aspire to.

A modern clothing style in daring cuts and shapes are a symbol of attractivity and status.

Even using make-up in the form of concealer, lip balm or powder is considered quite normal in some regions.

This difference in both masculinities can be termed as “Soft Masculinity”, which Dr. Sun Jung describes as the following:

We’ve compared the main differences between the ideals of Western toxic masculinity and soft masculinity in this overview, of course, this is an exaggerated depiction.

In Western regions these soft masculine traits are often connotated with homosexuality and femininity, which actually inherits an internalized misogyny and homophobia.

In East-Asian countries though, this form of masculinity has nothin to do with sexual orientation.

You could almost say that through this picture of soft masculinity, East-Asian men feel more secure in their gender role than their toxic masculine counterparts.

However, our Western concept of masculinity is changing and toxic masculinity finds itself challenged.

Thanks to pop-cultural influences, an open and reflected handling of traditional gender roles and norms, soft masculinity also becomes more popular in the West – a ray of hope for many Asian men on dating apps.

The K-Wave and the Ed-Sheeran-Effect

Throughout the past few years our society has transformed in terms of being more interested and engaged in other cultures.

Whether it’s martial arts, Netflix productions, literature, the Asian cuisine or design, the Asian wave has arrived in society’s middle.

With the rising popularity of k-pop groups like BTS and success stories like the academy award win for Parasite (2019), hallyu, the Korean wave, has flooded the Western world.

But also Chinese, Japanese and actors of other Asian origins are entering the spotlight.

This visibility of the community has the same effect as when Ed Sheeran became popular and suddenly ginger men were considered even more attractive than before. Men who fit into the soft masculinity ideal are now becoming much more popular among women on online dating services.

Without doubt, ‘flowerboys’ (an actual derogatory term for K-pop idols and Asian drama actors) are on the radar of many young women around the whole world.

Other actors like Dev Patel or Bruce Lee have also helped to contest the Western ideal of toxic masculinity.

Why that is, it’s pretty obvious: The confidence to show yourself vulnerable, to overstep the borders of what’s considered feminine and masculine, to represent “softness” while being drilled into hardness, is incredibly attractive.

Pushing for change and broadening horizons

One of the most effective ways in which Asian men have confronted this stereotyping is to find alternative role models in film and television who stand out against traditional stereotypes. These are men who embody positive, non-stereotyped personas that encourage and build confidence.

By moving away from a self-critical view which only invites similar viewpoints into your life, Asian men have found role models that build their dating self-confidence. They have begun to look for them in positions of leadership and guidance and have shifted their definitions of masculinity.

The challenge lies with how ingrained these stereotypes are within a given culture, and to how much effort it will take to remove them from the broader socio-cultural imagination. As more awareness and education grows, however, the power that these stereotypes hold over us will begin to wane.