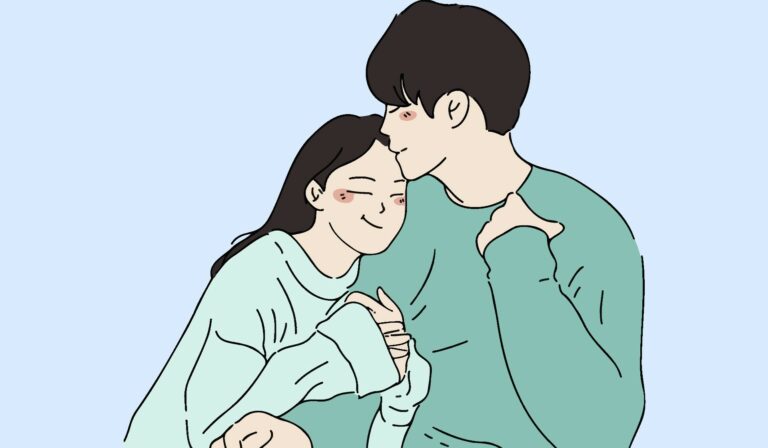 Subtle Asian Dating is an offshoot of a Facebook Group called Subtle Asian Traits which has 2 million+ members. Members would often share memes, Tiktoks, funny images and more while discussing topics related to their own experience of Asian diaspora and Asian culture.

One member going by the handle of “Hella chen” saw the popularity of discussions about dating apps, websites, and dating experiences for Asians and decided to create a platform exclusive to facilitating meetups for Asian people.

Subtle Asian Dating, or SAD as it is referred to by its members, is not unique in the way that it is a dating service for Asians around the world. In fact, there’s a million services almost like it. However, how SAD started and how it works are truly unique.

To begin with though, it’s helpful to look into what Subtle Asian Traits, or SAT, is to get some context about what makes SAD so different.

As stated, Subtle Asian Traits started off as a Facebook group that became popular amongst Asian women and men who were diasporic in some fashion or another. Whether they were Asian Americans or Asian Australians, they shared similar traits in common with each other.

The group focused on sharing cultural references to Korean, Chinese, Japanese, and other Asian heritage interests that had made their way to Western society. This includes sharing interests about Anime, your love of bubble tea, k-pop and drama, and strict parents.

Of course, the community is not without criticism, and has been noted for its focus on Eastern Asian culture, leaving South Asian voices almost entirely out of the picture.

The group has also been labeled as a “Boba liberalist” community, which means that people see it as politically shallow, consumerist, surface-level, mainstream Asian American liberalism. The belief is that they are privileged and complacent with the bare minimum.

Nevertheless, the group has provided an outlet for many Asians around the world to enjoy themselves and share experiences with one another. It does, however, promote monolithic stereotypes as a norm, such as a focus on STEM, Asian men being short, and so on.

As a place for people to come together and enjoy themselves, the community is still thriving. It was only natural that relationships would become a core factor of interest for them, and from that user Hella Chen branched out with Subtle Asian Dating, or SAD.

What started as a 10 person group quickly ballooned into a service that attracted thousands of users. After a meme gained traction on Subtle Asian Traits about SAD, hundreds of thousands of users flocked to the site, mostly from the United States, Canada, and Australia.

One of the interesting features about SAD is that it focused, at first, on discussions about dating and relationships for Asians in Western society. Topics included stereotypes about Asian men, overbearing parents being involved, and difficulties users had.

What really makes SAD unique is the way in which it works with dating profiles and matchmaking. Rather than going on for yourself, most members “auction” off single friends by posting dating profiles that they write up for them.

These posts that advertise friends include primarily basic information, such as physical and education “stats”, a simple pro and con list, and a selection of candid photos.

Of course, with an approach like this, some people have called SAD a type of marriage market for matchmaking that one would find in Beijing or Shanghai. There are naturally success stories involved, but sometimes it’s done as a way to poke fun at friends.

For whom is Subtle Asian Dating?

Subtle Asian Dating has developed into one of the more frequently used dating services for Asians around the world, particularly millennials who are middle to upper-middle class. Although it is open to any Asian ethnicity, it is mostly East Asian and Southeast Asian.

The bottom line is that people with an Asian background or heritage are welcome to the service, although there is a certain aesthetic that the site pushes for whether intentionally or not. That also means learning some lingo that is used between members.

Unfortunately, the sometimes monolithic stereotyping the site can see in its comments section tends to push minority groups out. This includes South Asian, Southeast Asian, and LGBTQ people who feel pushed out, although the service is working to include them.

How did Subtle Asian Dating become so popular?

With the rise of K-Pop, anime, bubble tea, and even Tiktok, it’s no wonder that a hype about “generation Asian” came about. Yet spaces for people to discuss these things who actually have a heritage or cultural connection were limited.

In many ways SAT provided users with a place to do just that and vent about all the issues that were personal to themselves that they feel only other Asians would find relatable. Naturally, relationships and dating found their way into these discussions.

From there, it was a simple matter of capitalizing on that focus and creating a space dedicated to just relationships for Asians. That means discussions, sharing memes about dating, and even setting up matches, either hookups or serious relationships.

The reality is that, in real life, yes, Subtle Asian Dating does work and members do have success stories to share. Despite the auctioning off of members by their friends being a particularly odd way for a dating service to work, members have seen good results.

However, that doesn’t really mean that we think it is a good place to turn to for dating. Yes, just because there is a chance that a service can make a connection for you doesn’t actually make it useful or of a high quality: mash enough people together and eventually some stick.

In the end, we think it works as a social media platform, but as a dating service it seems too niche and a little too exclusionary to be effective for a wider audience.

Subtle Asian Dating is perhaps more than with other similar services a niche, if not divisive platform whose rating really depends on who you ask. To help you find if this is for you, we’ve broken down some of the pros and cons of SAD.

Naturally there’s a lot going on here that SAD offers over other dating platforms, especially for Asian people who may feel left out of the dating loop:

Of course, the underlying problem with SAD is that it just really isn’t for everyone, despite efforts that it makes:

Although we think you could do better when it comes to ethnicity dating to meet Asian singles, that doesn’t mean there isn’t a place for something like Subtle Asian Dating. For those who still have questions, we’ve answered some of the most frequently asked.

Can you find love successfully on Subtle Asian Dating?

Yes, you can. There are actually quite a few success stories about it too. Take for example Harriet Lee, 25 and Johnathan Jung, 24. They were SAD members for 2 years before being auctioned off by friends and finding each other. As Johnathan says:
“At first I was so ambivalent about being on SAD, but my friends in Maryland had insisted on me making a post. So I let them. When I look back at it, me responding to Harriet’s DM has changed my life completely. And if I [could] go back and do it again, I would.”
However, that isn’t a guarantee it’ll work for you, so even if it can work, it may be better to approach SAD as a type of fun experience rather than a real dating service.

What are some alternative apps or sites to meet Asian singles online?

Depending on what you are looking for, Tinder is great for hookups so long as you go through the process of filtering your matches. If you want something more serious, Hinge or Bumble can be effective with the right filters on.
For more Asian specific services, Boba Meets Bagel is another SAT inspired dating service that plays on the Coffee Meets Bagel name.

How can I join Subtle Asian Dating?

You can start by joining the Facebook group for Subtle Asian Traits, and from their you can sign up for Subtle Asian Dating once your registration is confirmed. You will need to provide some photo proof of your Asian heritage, so keep that in mind.
It’s essentially all done through Facebook, so keep that in mind as you will obviously also need a Facebook account before you can start.