Gender Identity: Terms and Definitions You Need to Know When Dating a Queer Person 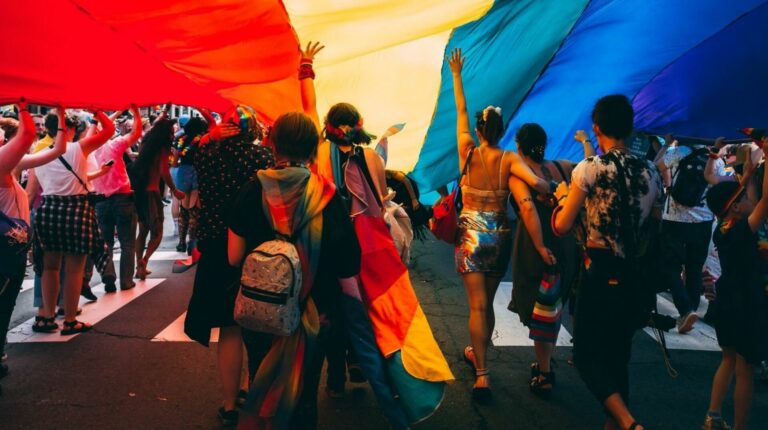 The topic of gender identity has come into the spotlight in recent years as members of the LGBTQ2IA+ community have continued to raise awareness about acceptance and equality. Contrary to what some people may believe, there are more genders than just man or woman. Also, some terms have already existed before modern times but had been pushed down through religious interference and colonization.

If you clicked on this article hoping to learn more about gender identity and terms that other people may identify with, then great! In this article, here is a glossary of terms, and how you can communicate with others that have a different identity than you.

What is gender identity?

Although this concept could be argued to have existed since the beginning of human existence, the term “gender identity” was coined by Robert Stoller in the late 1960s. Stoller was an American psychiatrist and psychoanalyst who studied homosexuality, transexuality, and intersexuality and had been inspired by John Money’s concept of “gender roles”.

From the site Gender Spectrum, gender identity is defined as:

“Gender identity is our internal experience and naming of our gender. It can correspond to or differ from the sex we were assigned at birth.”

For example, if your biological sex is female based on your genitalia and you continue to be comfortable with and identify as female, you are considered a cisgender woman. Another example is someone assigned male at birth, but discovers that they identify as a female and would like to be perceived as a female, would be considered a trans woman.

Gender identity is separate from sex characteristics and sexuality. It’s a personal experience that can be unique to each person and may even change during the course of one’s life.

How many genders are there?

It’s hard to know exactly how many genders exist, and we may never know the final number. Our understanding of gender identity is only recently being explored, so there is a possibility that things will change or be added over time.

According to Healthline, there are currently over 50 terms that can be used to describe gender identity. They have posted an alphabetized list that range from terms such as agender to two-spirit and have included additional definitions related to sex and identity.

Again, gender is a personal experience and it’s possible terms may be adjusted or added in the future. It’s also important to listen to what someone may be telling you about their own experience with gender if they decide to share that with you.

As mentioned above, there’s an expansive list of gender identity terms and definitions, some of which may not be recorded yet. Below, we will pick out some of the common terms and define them for you.

Those were some of the most common terms that you may hear and see, and now we will provide some definitions for other gender-related terms that are important to know.

Although there are a lot of similarities between dating apps, many of them also have different ways to approach displaying gender and sexuality. There are some that allow you to type in your own identity, and others that still make users choose from a list presented to you. Below, we will break down some of the most popular dating apps and explain their level of inclusivity to help you make the best choice on which app to try.

These are our top picks for dating sites that cater to queer singles. Join now and sign up for free today!

We already discussed that gender identity is a personal experience and is separate from sex assigned at birth, even if someone still identifies with their birth sex. So, what about sexual identity?

The same as with a heterosexual person, people don’t choose who they are attracted to. Whenever someone becomes old enough to begin to understand sexuality, they will develop their own sexual orientation organically despite pressures or outside influences. Discovering your sexual orientation doesn’t require a person to already be intimate with another person, and will generally begin to appear in some form at a young age.

As GLAAD notes regarding sexual orientation:

“Sexual orientation describes a person’s enduring physical, romantic, and/or emotional attraction to another person (for example: straight, gay, lesbian, bisexual), while gender identity describes a person’s, internal, personal sense of being a man or a woman, or someone outside of the gender binary.”

From the above statement, it’s easy to see how sexuality can be associated with gender identity, but gender identity is separate from someone’s sex assigned at birth. Sexuality is based on your own individual identity combined with who you are attracted to.

Asking for your match’s pronouns on a dating app

If you have a match, that’s awesome! What if you’re not sure about the other person’s gender identity? The first thing to remember is to be as respectful as possible and to avoid asking invasive questions.

There’s a good chance that many people that identify outside of the cisgender term will disclose their gender identity on their profile, but if they don’t, you can ask “What are your pronouns?”.

It’s always good to try to get into the habit of asking someone you’ve just met, but simply asking someone what pronouns they use is a respectful way to ask how they would like to be referred to. Examples of pronouns include she/her, he/him, they/them, and others. When someone either displays or shares their pronouns, make an effort to use them correctly, because it may cause discomfort or even gender dysphoria if they are referred to incorrectly.

If someone tells you their pronouns or gender identity, be careful to not say things that would be considered to be microaggressions. What exactly is a microaggression? From Oxford Languages, it’s defined as, “Indirect, subtle, or unintentional discrimination against members of a marginalized group.”.

So, even if you have good intentions, if you aren’t careful with your words, you may say microaggressions to someone. Example phrases of a microaggression can be, “You look handsome for a trans guy.” or “You’re so masculine for a girl.”.

How to find out your date’s gender identity

If you’re still not certain or have met someone in person, the best approach is just to ask someone what pronouns they use. If asked respectfully, most people are happy to share their pronouns.

So, if you have been told their pronouns but are still not sure of their gender identity, what can you do? Gender identity is quite a personal thing, so it should be noted that asking more detailed questions can be pushing someone’s boundaries. It’s best to wait for your date to disclose it on their own terms, or you can try to ask something such as, “Is there anything you would like me to know about you?”.

Most people don’t expect everyone to be perfectly knowledgeable about all gender identities, pronouns, and sexual orientations, but the most important thing is to be as respectful as possible. If someone tells you their pronouns, make sure you use the correct terms, and avoid asking personal questions.