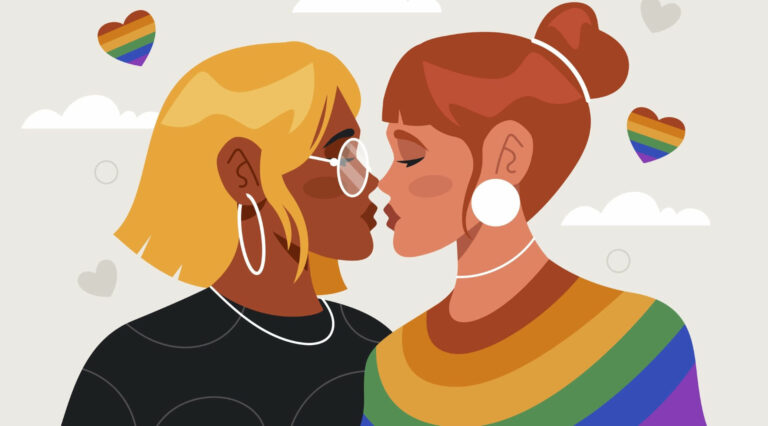 Although it might seem like the LGBTQIA+ community is a modern phenomenon, lesbians and everyone else within the community have always existed. It can be difficult to trace historical couples, especially lesbian relationships as women weren’t written about often in general.

However, this article will share a list of a few notable lesbian couples from history as well as current fictional and real life couples that deserve some of the spotlight.

Famous lesbian couples throughout the years

Celebrity couples always make the news for one reason or another, but it’s not often that we hear about the couples that belong to the LGBTQ+ community. Below, we’ll share a list of some notable lesbian celebrities and their partners.

Fictional lesbian couples we fell in love with

Why we need more lesbian representation in media

From a recent GLAAD study that was done on the films released in 2019 that investigated the LGBTQ+ inclusivity percentages. It states that out of 118 films released that year, 22 of them included LGBTQ+ characters.

The report also mentions that transgender characters weren’t included for the third year in a row, and there has been a decrease in lesbian and bisexual representation compared to gay men. There were nearly twice as many gay men represented in the films (15) versus lesbian (8).

Another issue is out of the 22 films that had LGBTQ+ characters, only 9 of the films gave the characters more than 10 minutes of screen time. When considering how much time other characters may have in the movies, 10 minutes is not much time at all.

Representation and queer media activism is important for everybody as it adds validity to a person’s identity and helps to give them someone to relate to. The issue of representation is not only just for LGTBQ+ people, but also there’s an ongoing issue to have more representation for people of colour.

What makes a successful lesbian relationship?

Virtually all advice you may encounter about how to have a successful relationship can also be applied within a lesbian relationship. Just because your sexuality is different doesn’t mean that the advice is also different.

One of the most important parts of any relationship is effective communication. Make sure that you and your partner discuss many things such as any limitations, morals, and sort out disagreements that you may have as a couple. It’s also important to voice any concerns in a constructive and healthy way.

Something that can be applied better to LGBTQ+ couples is to be aware of whether or not your partner is out of the closet yet. It’s certainly possible to date someone that’s in the closet, but the most important thing is to be respectful of their boundaries and not “out” them to anyone that doesn’t know about their sexuality as it can have a negative effect on their life.

An interesting piece of advice that especially applies to same-sex couples that may be looking to build a family is that family doesn’t need to be blood. For a cisgender lesbian couple looking to have children, try to not become discouraged about not having a child that’s biologically part of both of you as what matters is the love that they experience by their family. Even if you decide to adopt, the most important thing is to love and care for that child.

Check out our latest recommendations for lesbian dating sites and apps:

Lesbian relationships are the better ones and here’s why

The study is now a bit dated as it was done in 2014, but there was a study published to BMC Women’s Health that compared lesbian and straight couples and it suggested that lesbian couples had more satisfaction in their relationships. Is it scientifically proven that lesbian relationships are better? What do you think?