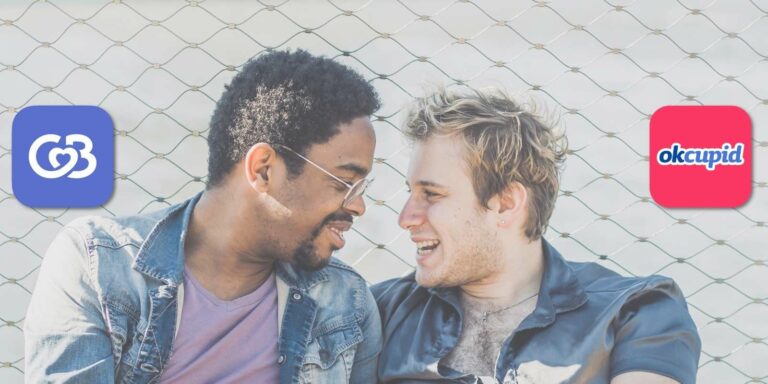 Picking the right gay dating app means you have the best chance of meeting the right man for you. Coffee Meets Bagel and OkCupid are both reputable dating apps. Find out which one stands out for gay singles today. See how they differ, which one is cheaper, and fits your dating needs better.

Coffee Meets Bagel vs. OkCupid for gay singles: The differences

These are the main differences between Coffee Meets Bagel, or CMB for short, and OkCupid.

The Coffee Meets Bagel approach to online dating appeals to many gay singles. The CMB app isn’t going to blast an endless stream of profiles at you. Instead you will get 6 curated dating profiles every day. Your daily profiles are chosen by an algorithm based on:

Coffee Meets Bagel considers the preferences you set when you sign up as “dealbreakers”. This means the app will pick curated profiles based on your stated preferences to ensure that selected matches meet your expectations as closely as possible.

CMB has two sign-up methods: through a Facebook account or a verified phone number. This gives the dating platform potential insights into compatibility between different users.

Once your preferences are met, CMB then looks for compatibility in other categories. Coffee Meets Bagel is also able to pull some general information from Facebook to find common trends between members. All of these qualities factor into the selection of the 6 curated profiles.

While Coffee Meets Bagel doesn’t necessarily advertise itself solely as a gay dating app, still, many members have successfully found their gay bagel (a match in CMB slang). The CMB blog has a dedicated gay dating section with success stories and eye-opening member polls.

It’s worth checking out for the heartwarming meet-cute anecdotes, cheeky dating memes, as well as the in-depth surveys on the most adventurous places to have sex.

What makes OkCupid a great app for gay singles?

OkCupid is more proactive in terms of inclusivity. Starting with their tagline, “Dating for every single person”, OkCupid starts off strong with the following gay-friendly features:

OkCupid’s LGBTQ+ privacy controls are key feature for gay singles on the app. If your OkCupid profile is set to gay or bisexual, you can choose not to see heterosexual profiles and to not be seen by straight members, no matter their search criteria. This greatly contributes to LGBTQ+ safety on OkCupid.

The OkCupid support center has specific resources for gay singles on the app. You can learn more about LGBTQ+ safety topics such as tips for using OkCupid while traveling as a gay single. This demonstrates that OkCupid has gay singles in mind when it comes to app features.

The right gay dating app for you depends on your dating goals – you need to decide whether you want casual fun or a serious relationship. Dating apps are like people, you’ll have to find the ones you click with. It could be Coffee Meets Bagel, OkCupid, or even something entirely different.

Before picking your fave app, make sure you check out our gay dating app recommendations.

Which one is cheaper: Coffee Meets Bagel vs. OkCupid

The good news is that the main features on both apps can be used for free. This includes creating a profile, viewing other profiles, and messaging gay singles you’ve matched with.

The bad news is that both apps charge for other features that give members a better idea of who is interested in them. See below how much paid memberships cost for each app.

OkCupid has two tiers for their paid memberships (basic and premium) at different pricing levels. Coffee Meets Bagel only has one premium subscription.

OkCupid is cheaper than Coffee Meets Bagel, if you’re only looking for the cheapest monthly paid option. However, that’s not the full story.

Both OkCupid and Coffee Meets Bagel paid memberships have unlimited likes. Being able to like as many profiles as you want doesn’t mean that everyone likes you back, however it does make matches more likely.

The “dealbreaker” feature, where you set strict matching criteria, sounds like it’s unique to OkCupid. This is not the case since Coffee Meets Bagel includes this in its free service as part of its matching algorithm.

OkCupid paid features let you like more profiles, see who likes you, as well as preview responses to icebreaker questions.

The Coffee Meets Bagel paid features stretch further. Not only can you see who likes you but you can also be seen by more members through the Skip The Line, Discover Likes, and monthly profile boosts. That last feature alone can result in a five-fold increase in profile views over a 2 day period.

The bottom line is that unless you are only after the cheapest membership possible then Coffee Meets Bagel is clearly better value for money.

The 6-month premium package from Coffee Meets Bagel is actually cheaper than OkCupid’s and you get more in terms of premium features and perks.

Which one is better for gay singles? Coffee Meets Bagel vs. OkCupid

Coffee Meets Bagel and OkCupid each have their pros and cons. Let’s have a look at what they are before deciding on a final verdict.

These are pros and cons we found while researching Coffee Meets Bagel’s core features and premium perks.

Here are the OkCupid pros and cons that came up while looking at the service for this dating service comparison.

Coffee Meets Bagel vs OkCupid for gay singles: Final round

Both dating apps are suited to gay singles looking for serious relationships. If you’re after a casual date, these might not be the best apps for you.

OkCupid is designed to be as inclusive as possible, while Coffee Meets Bagel solves the problem of overwhelming choice through daily curated matches. Both dating apps are fully functional, in terms of messaging and viewing matches, without having to pay a cent. This means you can get a lot of use out of the free version.

However, when comparing which of the two apps is best for gay singles, Coffee Meets Bagel narrowly beats OkCupid. CMB has a quality over quantity approach that offers something fresh, slightly higher review scores from app users, and better paid membership features.

Check out our dating app comparisons so you can pick the best one for you. 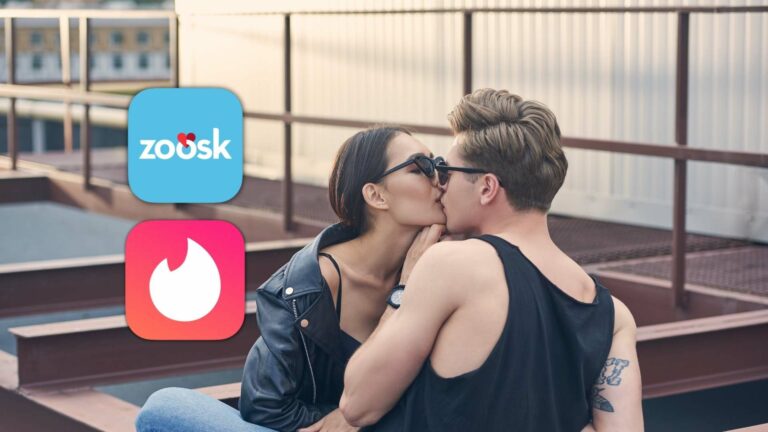 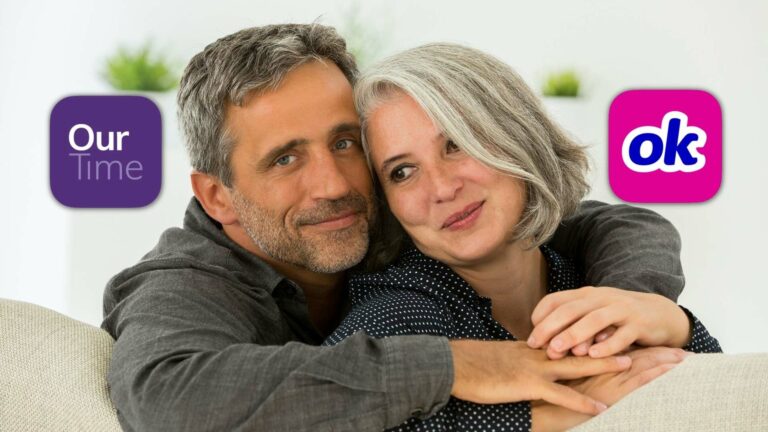 OurTime vs OkCupid in 2023: Pick The Right Dating App 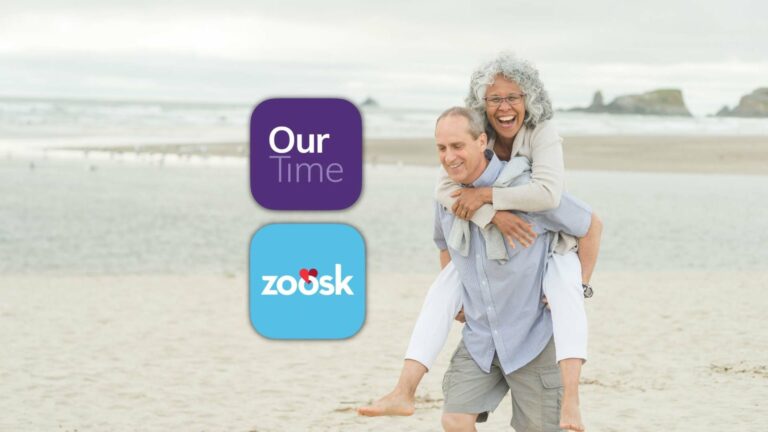 Zoosk vs OurTime Compared: Pick The Right One 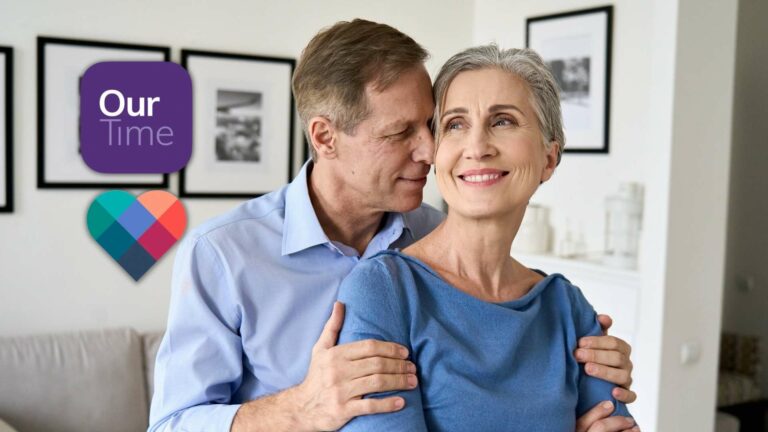 OurTime vs eharmony in 2023: Pick The Best Dating App 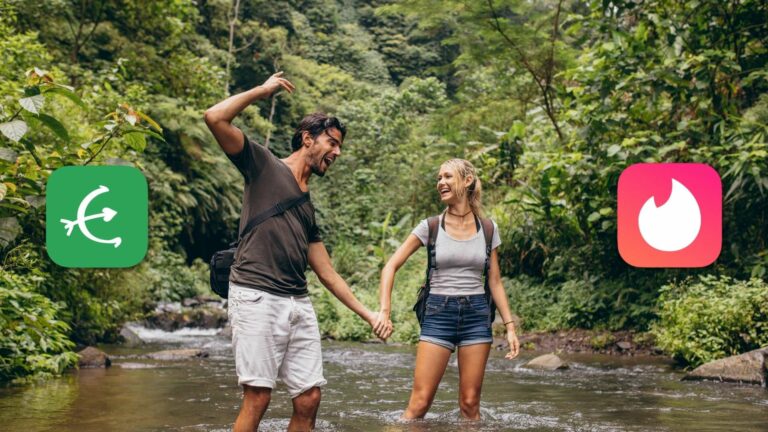 EliteSingles vs Tinder Compared: Pick the Best in 2023 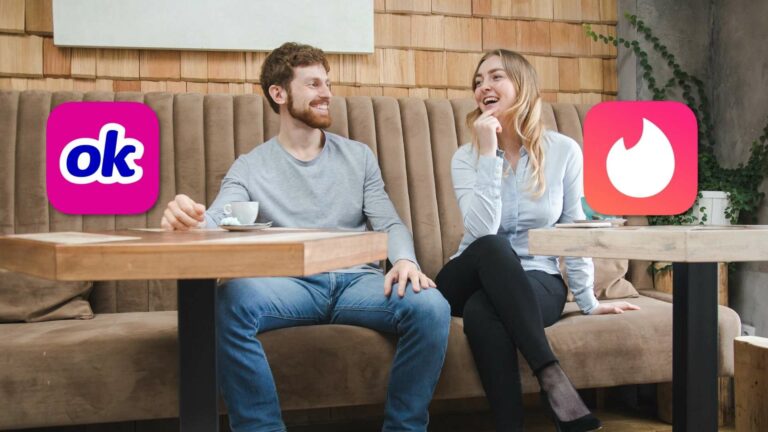 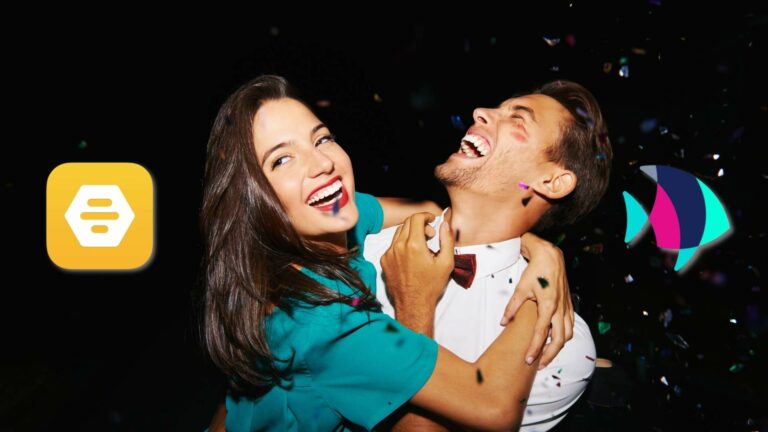 Plenty Of Fish vs Bumble 2023 Comparison: Pick the Best 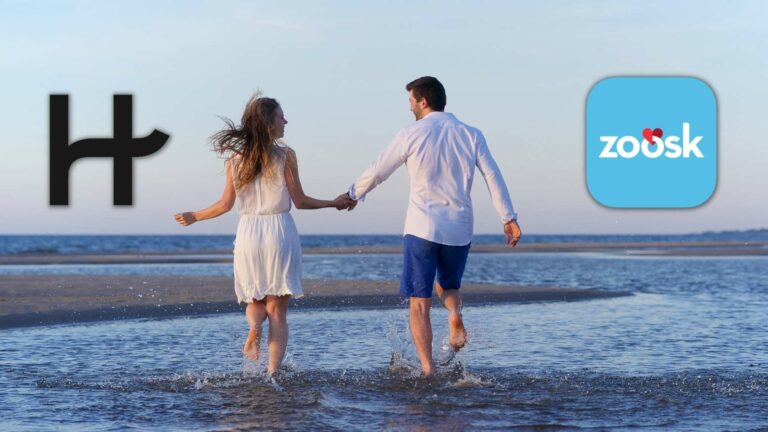 Hinge vs Zoosk Compared: Pick the Best Dating App in 2023 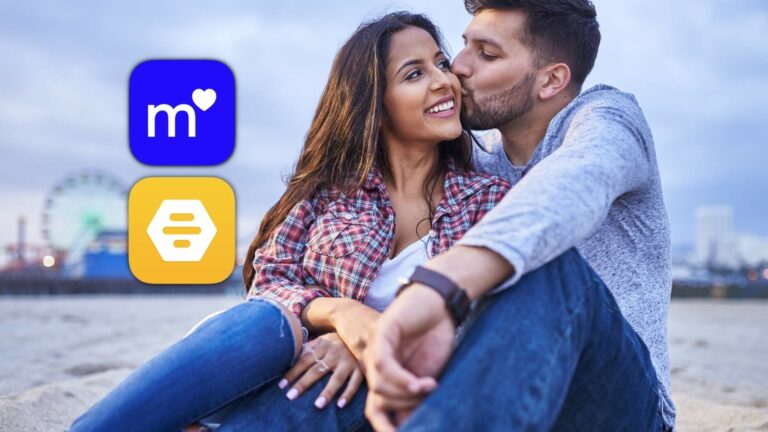 Match vs Bumble: Which Dating App is Best in 2023? 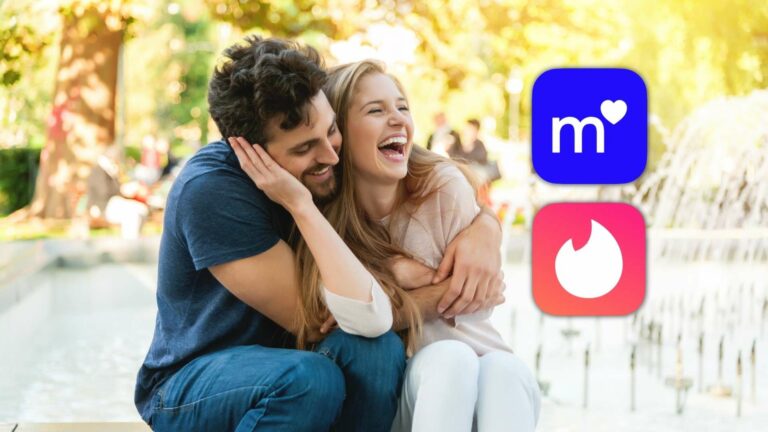 Match vs Tinder: Which Dating App is Best in 2023? 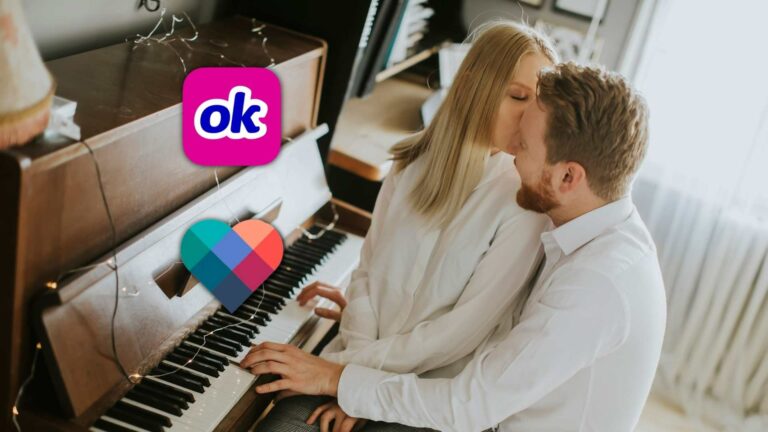 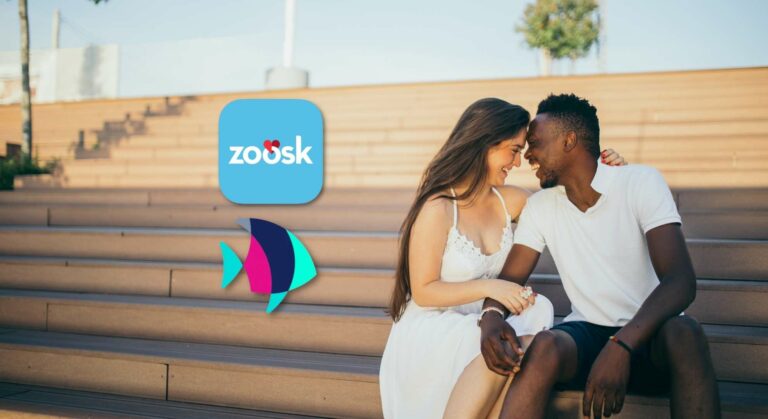 Plenty Of Fish vs Zoosk Compared: Best Dating App in 2023 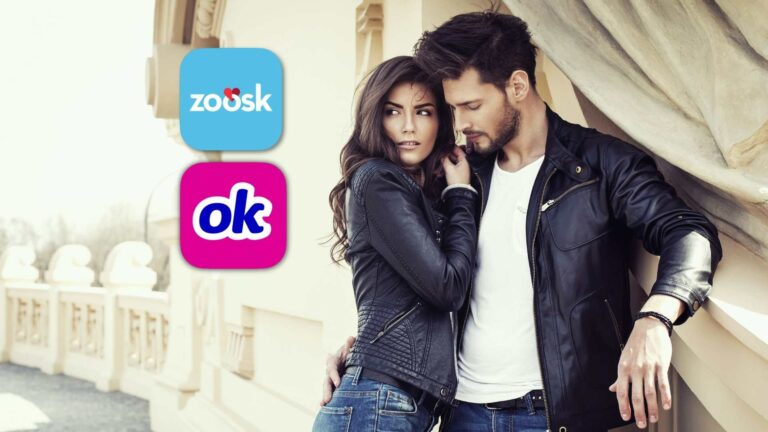 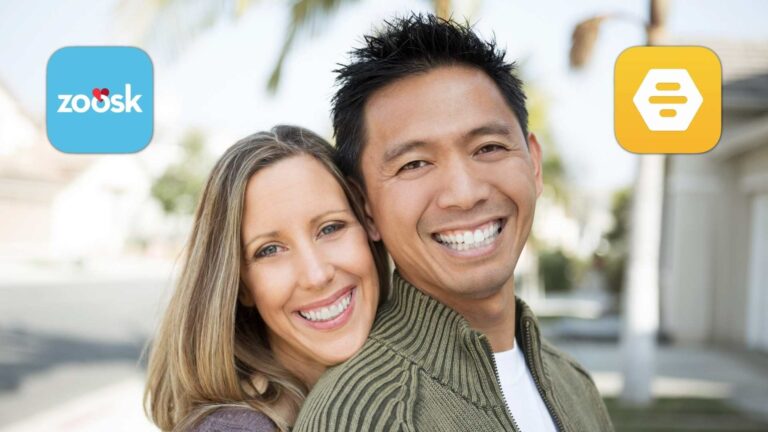 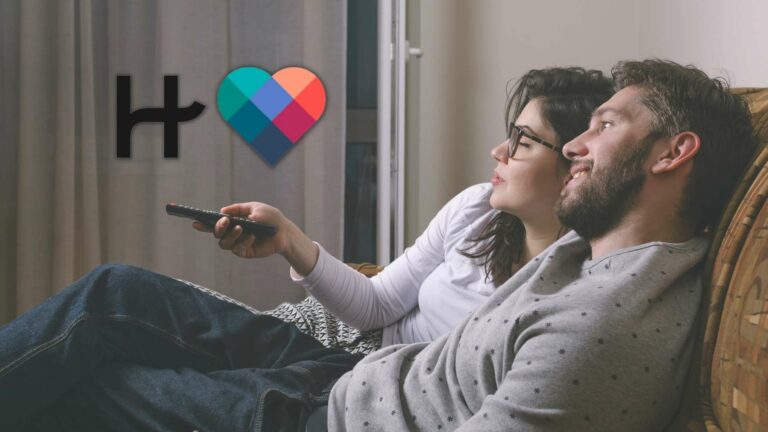 Eharmony vs Hinge 2023 Comparison: Which One is Best? 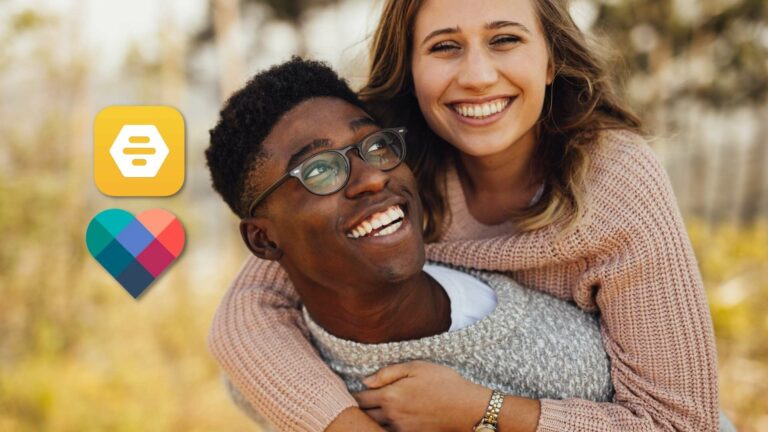 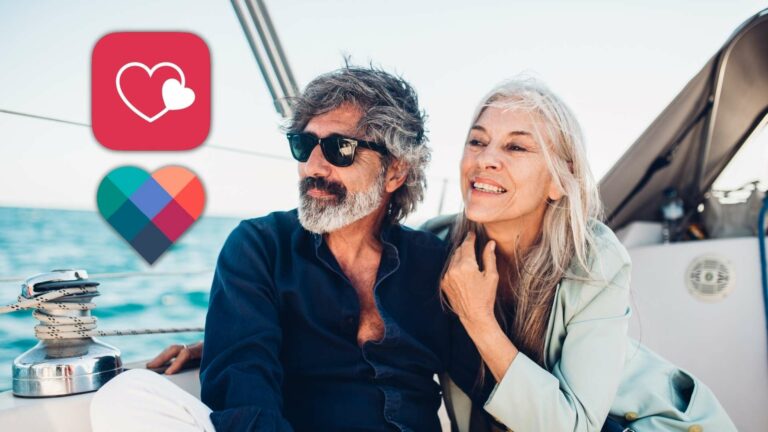 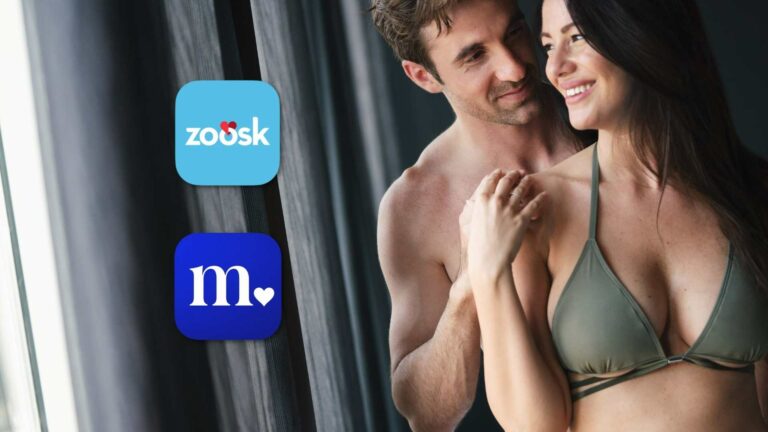 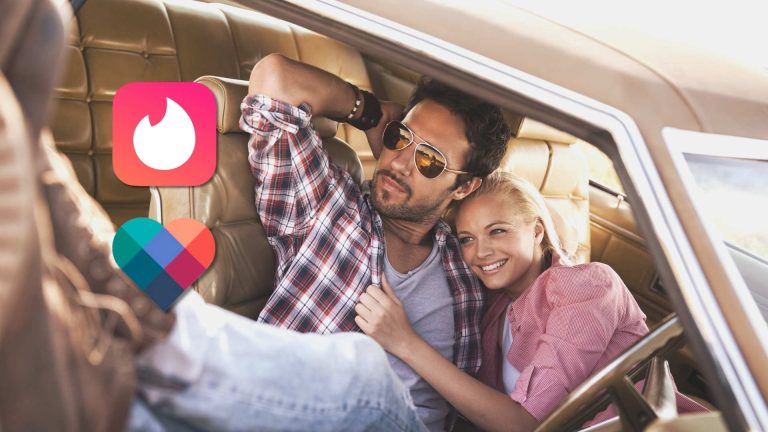 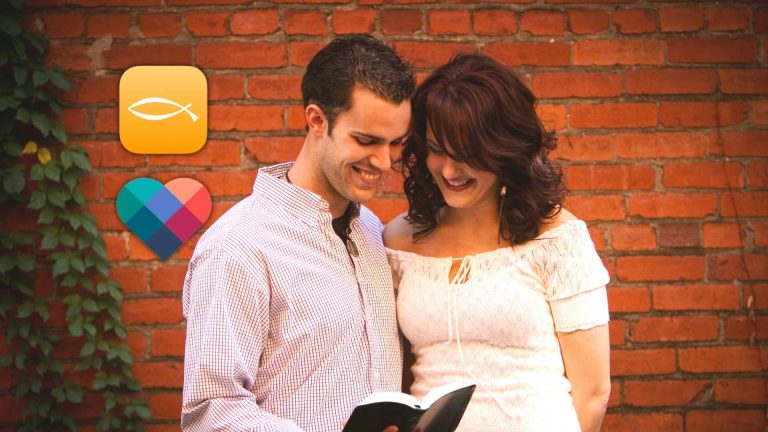 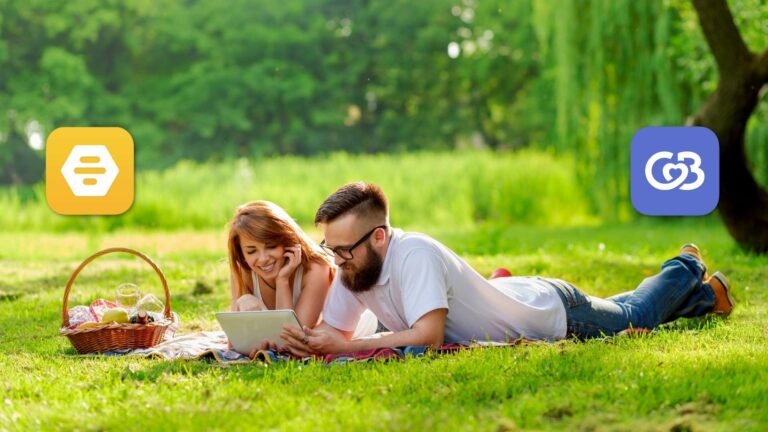 Bumble vs Coffee Meets Bagel Compared: Pick the right one 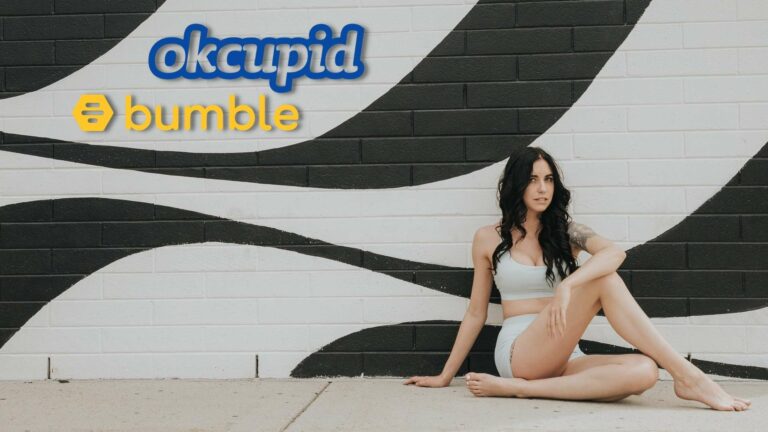 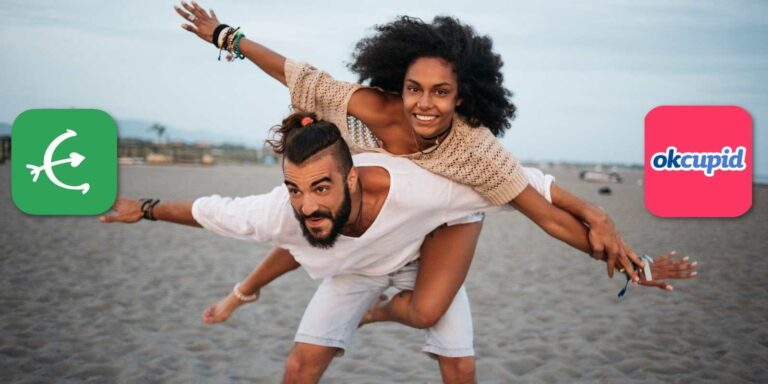 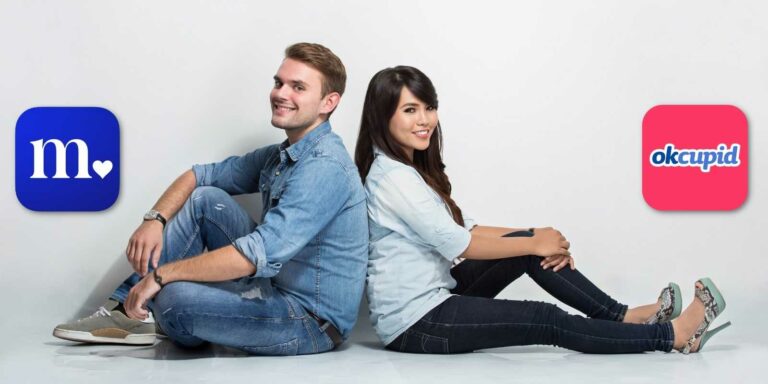 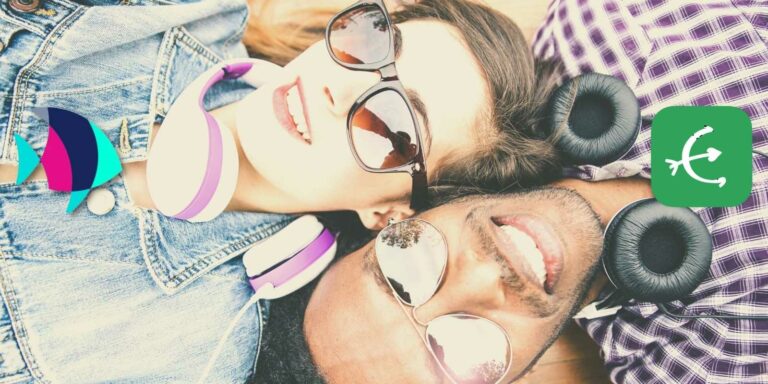 Plenty Of Fish vs EliteSingles compared: Pick the best 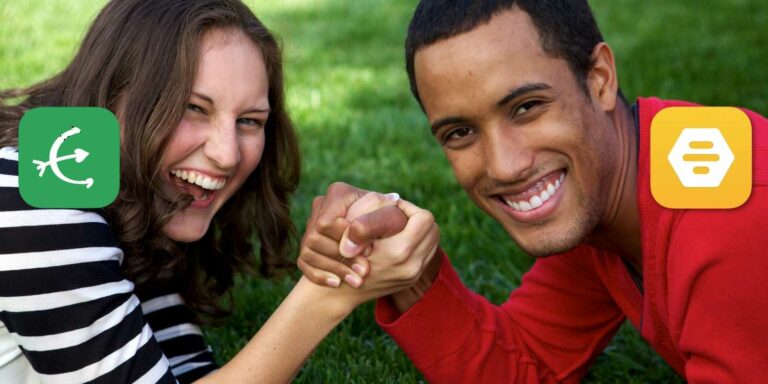 EliteSingles vs Bumble comparison: Which is best?

Plenty Of Fish vs Match compared: Which app is best? 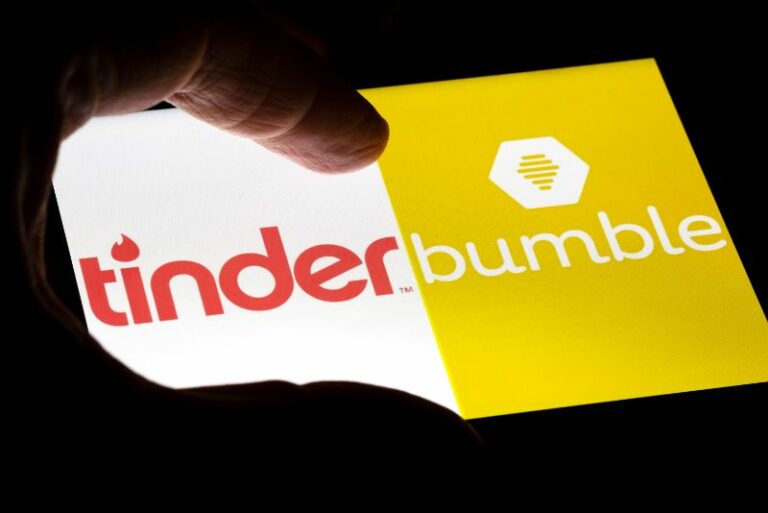