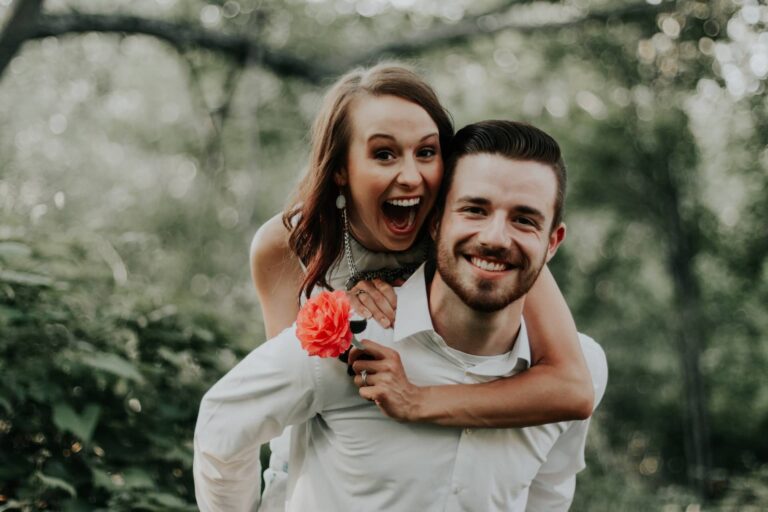 Learning the German language isn’t the only way to understand German dating culture. When dating a German person, you might run into some differences that get lost in translation.

The way many German singles approach dating and relationships can be different from the U.S. Read on to learn how to navigate German dating culture with confidence, plus how to meet others through German dating sites.

Disclaimer: This article in no way aims to perpetuate stereotypes or prejudices towards those from a specific culture. Use this guide for general insights on German dating culture, while keeping in mind that not all German people follow the same attitudes or behaviors.

While many countries have countless rules and rituals for dating, Germany tends to take an individualistic approach. Many Germans follow both their head and heart when dating, making moves only when the timing seems right to them.

You’ll find, then, that there aren’t that many clearly-defined norms. Men and women may hang out one-on-one without it being a date, and others date for years without ever moving on to marriage. The dating process is highly dependent on the couple and their personal preferences.

However, that doesn’t mean there aren’t any common patterns in German dating culture. For example, it’s normal for many Germans to take things slow in the beginning, forming a solid friendship before a romance can blossom.

During this friendly stage, flirting and lovey-dovey gestures may not go over so well. It may be better to show your affection subtly and focus more on connecting slowly over time than rushing to coupledom.

For Germans looking to meet a partner, social circles are one common source, while others may go to bars or clubs for casual flings. Blind dates aren’t the norm, which is why dating sites took more time to catch on in Germany than in many other countries.

These days, though, online dating is more embraced. According to one marriage study, 23% of Germans say they met their partner through online dating apps.

Overall, Germans are open-minded about dating and sexuality, and German culture tends to be very accepting of LGBTQ+ relationships and identities. Whether on German dating apps or at bars, you can often find German LGBTQ+ singles ready to connect.

If you want to leave a positive impression on a German man or woman, it’s important to follow some basic etiquette, including some dos and don’ts.

German first dates are similar to those in the U.S. People often go to a bar for drinks, a nice restaurant, a cafe, or the movie theater.

Going for coffee could be either friendly or date-y, while getting drinks at a fancy bar or lounge could be considered more formal and romantic.

But because many Germans like to maintain platonic relations in the beginning, the options are nearly endless when it comes to first date ideas. Attending a concert, playing a sport together, or just walking around your city are all acceptable options.

No matter what date activity you choose, be sure to set the exact time and meeting place when inviting your date out. For many Germans, organizing these details shows thoughtfulness and will leave a good impression.

How to Act When Dating a German Person: First Dates to Family Meetings

If you’re interested in pursuing a German man or woman, read more below about the unwritten rules of German dating.

First, gendered dating rituals aren’t the norm in German dating culture. Either person can ask the other out, so if you’re a woman interested in a German man, feel free to invite him to dinner. For men, it’s okay to leave chivalrous traditions behind in favor of a more subdued, albeit still respectful, approach.

Once you’ve started spending time together, don’t be surprised if your dates are spaced out, requiring months for you to get to know each other. Many Germans can be a little cautious in the beginning stages of dating, preferring to take things slow.

Some may also prefer to wait to get physically intimate, holding back until it feels right for them. There’s no rule similar to the three-date rule in American dating culture.

The timing of other relationship milestones, like kissing or saying “I love you,” varies depending on the couple. Follow your personal boundaries, as well as those of your partner, when taking these steps.

Once you do finally exchange “I love yous,” it’s usually safe to assume you’re an official couple. Because clear communication is the norm in German culture, feel free to openly discuss your relationship status and the direction you hope to go in as a couple.

If you’re on the same page and mutually desire a serious relationship, the next step is usually meeting the family. Only introduce your German partner to your family once you’re committed to being together. To many Germans, this is a meaningful event.

These days, many German singles are familiar with dating sites and apps. If you’re looking to meet German men and women online, keep these tips in mind:

Aside from some differences in dating norms, you may run into other cultural variations between German culture and your own.

How do you know a German person likes you?

Many Germans are direct about their feelings and opinions. If they like you, there’s a good chance they’ll tell you honestly.

Mixed signals are unusual, so if you’re unsure of where your German date stands, ask them if they want to date seriously or if they’re only looking for something casual. In most cases, they’ll let you know

To many Germans, casual dating or hooking up isn’t judged negatively. However, being unclear about your intentions or dating multiple people at once is generally frowned upon.

Casual dating also becomes less common as you move up in age. If you’re dating Germans in their twenties, they may be keener on hooking up than those who are older.

How do German men and women begin committed relationships?

Because Germans often prefer to see only one person exclusively, you may be unsure if you’re a couple or still getting to know each other.

Many Germans are fairly open about their thoughts and feelings, so one common way to define the relationship is by saying “I love you” to their partner. For many in German dating culture, this marks the start of the relationship.

If any confusion remains, couples can openly discuss their intentions and goals, and if they’re on the same page, the relationship can begin.

What’s the best way to break up with a German partner?

Ghosting isn’t the norm in German dating culture. Instead, people are more likely to directly reveal that they’re no longer invested in the relationship.

If you want to break up with a German partner, you can take this approach or opt for a gentler explanation, such as saying you need to focus on other things, like work or personal development. German culture values independence, so your partner may be empathetic towards your reasoning.

Like in many other cultures, the norms of German dating culture can vary depending on the person. Yet for those used to more rules and structure, dating a German person might seem confusing at first.

With the tips discussed above, you can better understand your German partner and how to leave a positive impression. To find German singles ready for a long-term romance, join the best dating sites for serious relationships!