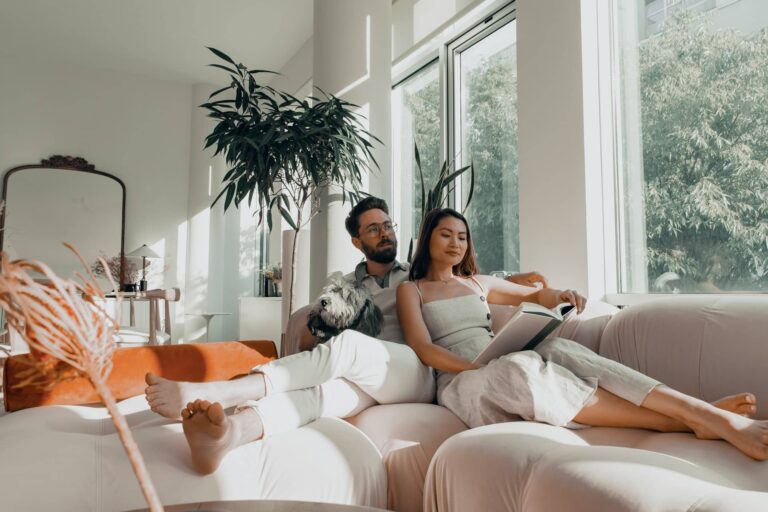 If you’ve seen K-dramas, you might have some preconceptions about what Korean dating culture is like. Off-screen, Korean dating can be just as sweet as in the series, but you may run into some confusion if you’re new to the culture.

If you’re interested in dating Korean women or men, read on to learn the basics of Korean dating culture, what etiquette rules to follow, and how to use a Korean dating app.

Disclaimer: This article in no way aims to perpetuate stereotypes or prejudices towards those from a specific culture. Use this guide for general insights on Korean dating culture, while keeping in mind that not all Korean people follow the same attitudes or behaviors.

Korean dating culture was once dictated by long-standing traditions, with the family playing an important role in relationships and marriage. In the past, parents arranged the marriages of their sons and daughters to ensure the best matches for the family class.

While parents sometimes still recommend partners to their children, modern Korean singles have created a new dating culture of their own, being set up by friends or through dating sites. Many Koreans also follow unique rituals to honor their romantic relationships.

Both traditionally and still today, casual dating isn’t the norm in Korean culture. However, attitudes towards flings are evolving, though overall, a conservative approach remains.

Even in defined relationships, studies show that less than half of Koreans get physically intimate within their first month together.

Especially in the early stages of dating, many Koreans prefer gentle politeness over bold flirting. Some common etiquettes to follow include:

In Korean dating culture, men are much more likely to ask women out than vice versa. Still, women are welcome to ask out their Korean crushes. No matter who initiates it, the most important thing is to put careful thought into your first date plan.

Many Koreans look forward to spending hours together on the first date. A brief first date might leave a bad impression and make it seem like you aren’t invested in the other person.

The more time and thought you put into your first date, the better. Before dating a Korean man or woman, research cozy restaurants and prepare at least a loose itinerary for after.

Navigating the Stages of Dating in Korean Culture

Korean dating culture has embraced dating apps, including Korean apps and popular global apps. Just like in the U.S., some use dating apps for relationships, while others use hookups apps.

No matter what you’re looking for, there are a few tips to remember when matching with Korean singles online:

Korean and American Dating Cultural Differences to Be Aware Of

If you’re new to Korean dating culture, some cultural differences may be confusing. Getting to know these differences in advance can help prevent conflict or even breakups later.

One major cultural difference is the role of the family in Korean dating. Parents sometimes pressure their children to end relationships if they don’t approve of their partner. Because of this, your Korean boyfriend or girlfriend may wait to introduce you to their family until they know the relationship is serious.

If your Korean partner works for a Korean company or follows the traditional Korean work ethic, their schedule may be packed—sometimes, too packed for you. Don’t be alarmed if they get busy. In most cases, they’ll make up for it by messaging regularly and planning elaborate dates later.

Finally, take Korean stereotypes and what you’ve seen in pop culture with a grain of salt, especially when trying to date a Korean partner. You may have seen the oppa role in K-dramas or heard of cute aegyo mannerisms, but these stereotypes don’t apply to everyone.

With that in mind, be authentic when dating Korean singles, and take time to get to know them and their unique characteristics.

How do you know if it’s a date or just hanging out in Korean culture?

It’s not common for Koreans to hang out casually with opposite-sex friends one on one, especially for hours at a time, though there are some exceptions. If they ask you to spend the day together, they might be interested in getting to know you romantically.

If you’re not sure, don’t worry—take things slow and steady, just as many Koreans would. If they haven’t confessed their feelings after repeatedly hanging out, they might just want to keep things platonic.

Interracial and intercultural relationships were once rare in Korean culture. Now, they’re becoming much more common and acceptable.

Still, if you enter into a serious relationship with a Korean man or woman, their family may be very curious about your culture and background. Field their questions with patience, and try to learn more about their culture too.

How do Korean guys show affection?

Many Korean men will show they care by sending sweet emoji-filled messages, planning impressive dates, and doing favors for their partners.

They may also act chivalrous, protecting and keeping their girlfriends comfortable. For example, it’s common for Korean men to carry their partner’s heavy purse on dates so she doesn’t have to.

Are Koreans conservative when dating compared to the U.S.?

Some Americans are taken aback by how reserved the Korean dating culture can be. In some cases, Koreans might be more conservative during courtship. Sexual intimacy is often delayed, and overt flirting is sometimes considered a turn-off.

PDA is often off-limits, except holding hands. But remember, each person has their own preferences. Check in with your Korean partner to learn what they’re comfortable with.

Korean dating culture can be sweet and romantic, but it might not always align with the stereotypes you’ve heard. With the tips discussed above, you can better understand Korean partners and how to impress them in dating.

To start chatting with Korean singles, join one of the top dating sites for Asians!