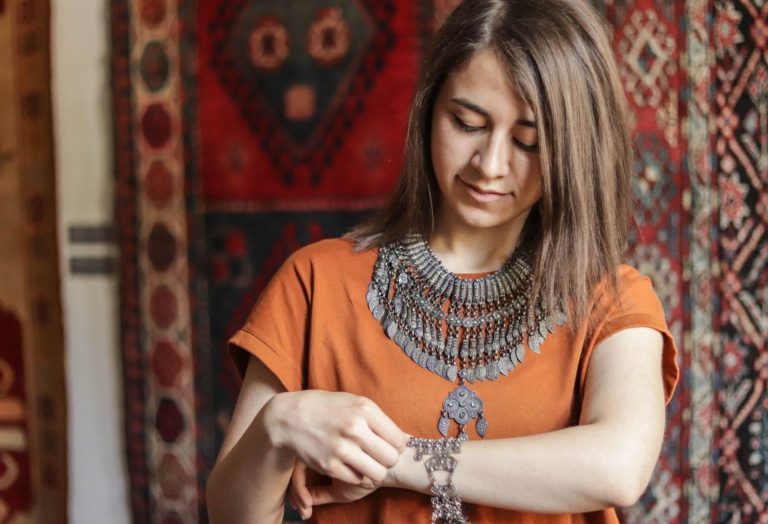 Dating in Armenia is based on tradition and conservatism. But the Armenian dating culture is changing and becoming more modern. The number of Armenian dating app users will reach 300.000 in the following years, according to Statista.

Disclaimer: This article in no way aims to perpetuate stereotypes or prejudices towards those from a specific culture. Use this guide for general insights into the Armenian dating culture, while keeping in mind that not all Armenian people follow the same attitudes or behaviors.

When dating in Armenia, singles use local dating apps like Fotostrana, HyeSingles, Evermatch, or Maybe You. The most popular international dating sites in Armenia are Bumble and Badoo. Sign up today to begin your Armenian dating journey:

Zoosk is a great option for an Armenian dating site since it’s very diverse. You can find both serious and casual relationships on the app, and there are many filters according to which you can personalize your search.

Many Armenians still focus on serious relationships when dating. This is why eharmony can be a great option for Armenian dating. It is a site that is specifically geared towards meeting someone for a long-term relationship.

One of the largest dating platforms in the world, Badoo is a great option for Armenian dating where you can find both casual and serious relationships. If you’re in Armenia, you can use Badoo’s unique “people nearby” option to find Armenian singles.

Armenia’s rich history and tradition reflect back on its dating culture. Armenia unifies European, Asian, and Middle Eastern cultures. Despite the strong conservative nature, many Armenian singles are starting to follow a modern approach to dating.

Armenia claims to be the first country to adopt Christianity as a state religion. Armenians are proud of their religious heritage, such as the location of Mount Ararat and the contribution of Armenian scholars. Nowadays, more than 94% of the population are Christians following traditional values, so don’t be too surprised if your date seems conservative.

Armenian culture celebrates the family over everything. The family represents a close bond of support and trust. Most Armenian families are very hospitable and love receiving guests in their homes—especially foreigners. Food plays an important role and will be shared openly and in abundance.

Most Armenians are still very conservative, especially when it comes to dating. They follow traditional gender roles where the man brings home the money and the woman takes care of the children. Casual dating is not very popular in Armenia, as most Armenian singles are looking for a future wife or husband.

There has been a constant decline in marriages in Armenia, and they are choosing to get married later on. In the past, Armenians used to get married to Armenians, but the younger generation is more open to meeting international singles and even moving to another country.

How to meet Armenian singles

Armenians generally avoid meeting new people on the streets, but they are open to connecting in local establishments. The best locations to meet Armenian singles during the day are shopping malls, cafes, coffee shops, and parks. In Yerevan, we recommend the Green Bean coffee shop and the Achajour cafe at Lover’s Park.

The capital Yerevan is known for its nightlife. There exist plenty of bars, nightclubs, pubs, and restaurants where you can meet local singles. In the capital, we recommend the Tavern Yerevan Riverside, Minour, and Sakurada restaurants or the Omega, Prince, and Paparazzi nightclubs.

How to act in Armenian dating culture: first date to relationship

In order to get a date with an Armenian, you might have to try several times before they accept. If you start dating an Armenian, be aware that they are probably still living with their parents. Relationships tend to progress rather slowly, as Armenians prefer to get to know their date really well before committing.

You can expect to be introduced to your partner’s family relatively early on in the relationship. That is due to the fact that Armenians first want their parent’s approval before letting things get more serious. You might be closely interviewed by the family members as they care a lot about their child’s future.

Marriage is the goal of most Armenian relationships. Armenians celebrate joyous wedding rituals filled with dancing, singing, and generous gifts. Armenian parents usually pay for all the expenses. Armenian families welcome many children and may live together or visit each other frequently.

Things to keep in mind for Americans dating in Armenia

The tradition of hiring a matchmaker does still exist, but more and more modern Armenians choose their date alone. Still, they might consult with their families as their opinion matters a lot.

Most Armenian women are conservative and value their family and tradition. The dating process might progress slowly and you are expected to invest effort and time in winning her trust. Most prefer exclusivity and long-term commitments. You also might be introduced to her family early on.

Where can I find Armenian singles?

Armenian dating culture is shaped by traditional values. Most Armenians are looking for long-term relationships with the goal of marriage and children. You have a good chance of meeting Armenian singles in the country or on Armenian dating sites. If you follow our dating tips, you will most likely have success when dating in Armenia. But always remember: Not all Armenians are the same.

Learn more about the best Armenian dating sites and start connecting with Armenian singles on one of the best online dating apps!